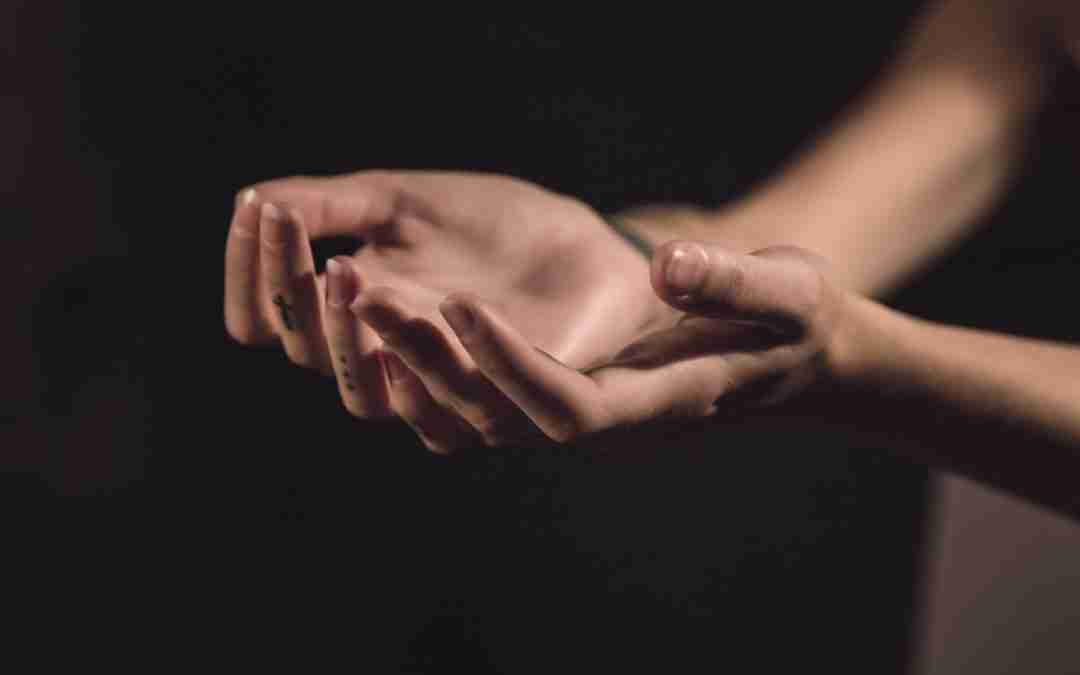 It had been a busy day full of cleaning, sorting, rearranging, building, and repairing, as we cleaned out one really messy walk-in closet in our home. When I say messy, what I really mean to say is that it was overflowing with stuff. Stuff from last year…stuff from 10 years ago. So it needed cleaned out. Not only that, but there were shelves that needed repaired, drywall that needed some TLC, and after all that, a full cleaning.

The girls also had swim practice that evening — which worked out well! We had a load to take to Goodwill in the back of the SUV. So, I dropped the girls off, dropped the Goodwill stuff off, and headed back to the Y to watch the rest of their swim practice.

Swim practice creates a hunger like no other. And with everything else we did that day, those two girls were starving! Truth is, I was too. So, it was no surprise that after passing a Burger King advertising a special on chicken nuggets that the car somehow drove into our local Burger King drive thru to order some of those golden crispy chicken nuggets.

Folks, what follows is a splendid example of why you should NEVER go to the store on an empty stomach.

We pulled into the Burger King drive thru. The kind lady on the other end asked what we wanted, and I asked for ten 10 piece chicken nuggets.

At that moment, I think I squealed like a little kid. I had just ordered 100 chicken nuggets. I was quite proud.

I told her, “That’s right! Can you guys make that many nuggets? Am I allowed to ask for that many?”

“Sure!” she said. “You’ll just need to pull around to the side and wait.”

I had no problem waiting! I pulled forward in patient confidence they were going to bring me out 100 chicken nuggets. This was perfect as I needed time to text my wife to tell her what I had just done! I was ridiculously excited! More excited than a 44-year-old grown man should be over chicken nuggets.

As we sat there and waited, a verse ran through my head. No, it wasn’t on gluttony. I do have a family of 5, including two teenagers, a tween, and don’t forget, they just finished swim practice.

It was Jesus’ words to Peter and his disciples found in the 11th chapter of Mark. Jesus had cursed the fruitless fig tree for its misleading appearance, cleansed the temple, and now they were passing by the same fig tree, only this time, it was withered from the roots up. Peter notices this, probably a little amazed by its response to Jesus’ words. So, he brings it to Jesus’ attention. Jesus replies to Peter, not discussing the tree itself, but teaches them (and us) on faith and prayer. In this dialog between Peter and Jesus, we have this wonderful golden nugget (Ha, see what I did there!)

Therefore I say to you, all things for which you pray and ask, believe that you have received them, and they will be granted you. Mark 11:24 NASB

I don’t know how that verse hits you, but for me, it places no limits on the prayer of the faithful believer! There are two ideas here that we all need to be aware of.

First, the phrase believe that you have received them seems to have the idea of us taking action in response to the prayer already being answered. It’s sort of the “Peter getting out of the boat” scenario. The power for Peter to walk on the water was present the whole time. He just had to put a foot in the water. He had to take action. Our prayers are answered in the same manner, when we act on them being answered.

Now, I have to add something in here. I cannot ask God for a Ferrari, go out and borrow the load of cash needed to buy the sports car, and then expect God to take care of me when I can’t pay for it or my mortgage or whatever other bills need paid. I’m pretty sure God doesn’t honor that sort of action.

It’s more of a movement in our spirit to a position of expectancy. It’s taking steps of faith that show we are responding in trust.

The second is Jesus’ words are not a blank check for whatever we want. We don’t always get it our way. The better way is realizing that true faith does not happen without full surrender to God’s will. In John’s first letter he writes,

The key phrase is according to His will. I’ll use the Ferrari example again. I’m pretty sure it’s not God’s will for me to be hundreds of thousands of dollars in debt for a sports car. But deeper than that is the submission idea that I brought up earlier. It’s submission to God’s will over ours. There are no limits on the power of prayer for the faithful believer. That’s a powerful thought! And key to that powerful thought is those prayers must flow from a spirit that is fully surrendered to God’s will.

This means we respond with joy and thankfulness to however God answers that prayer or however long He takes. That’s according to His will. That’s patient confidence. Our job is to trust and serve Him, knowing that He always has our best in mind (see Romans 8:28) no matter how it works out or how long it takes.

God does some of His best work in us while waiting. And so we are to wait confidently and expectingly. He has heard us and is working all things together for our good, according to HIs will.

We are to pray. We are to ask. And we are to do so confidently, patiently, and expectingly. It doesn’t mean we get it our way. It means that we submit to His way.

Well, we waited confidently, patiently, and expectingly for our 100 chicken nuggets. It shocked me when they arrived. Not that Burger King couldn’t make it happen, but how heavy the bag was! Seriously! It must have weighed 5 pounds!

(Fun fact — I was curious to the actual weight. A quick Google search says an average weight for a chicken nugget is .6 ounces. So, 100 chicken nuggets would weigh approximately 60 ounces or 3.75 pounds.)

We took our nuggets home and feasted. The evening was so much fun, which was in fact a prayer request from earlier in the day. Eating on 100 chicken nuggets became a running joke in the Diller home and will probably be for years to come.

Here’s the bottom line. We’ve all been guilty of treating God as though we’re placing an order at a fast-food restaurant, in step with Burger King’s slogan — “Have it your way”, meaning we order and get what we want our way. This is in stark contrast to the life of a Jesus follower.

For the disciple of Jesus, the slogan would be something more like this — “Have it Your way.”