A series of unwise decisions 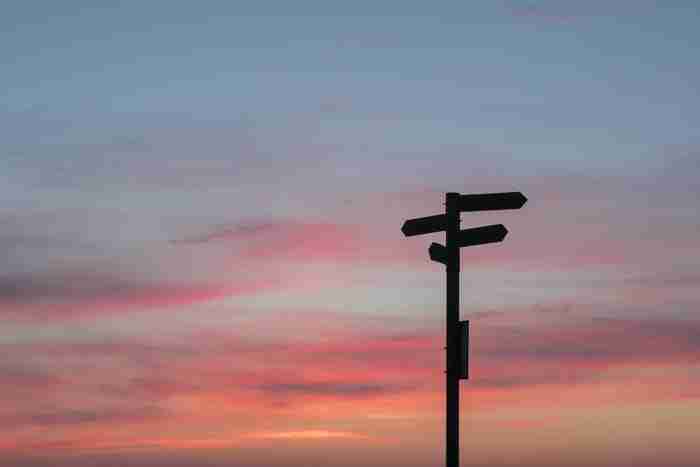 If I may hate something and not sin, it would be plumbing. And garbage disposals.

Plumbing has no redeeming qualities for me. None. I’m not convinced that Jesus can’t even redeem plumbing. There are heaps of other unpleasant activities to subject myself to, then touch those evil pipes under my kitchen sink.

And yet here I am, about to share a most embarrassing moment in my plumbing escapades. I suppose it’s all good. Maybe someone can learn from my own mistakes – for I made copious amounts of them in this adventure.

It was several years ago. I thought it would be a great idea to clean out the refrigerator for my lovely wife! It’s a job she doesn’t really enjoy doing. I’m not sure anyone loves to do it, but I don’t mind. It’s just old food. Sure, some containers come out looking like a science experiment while others are a mystery – because you can’t recognize what exactly it is you just pulled out of the fridge. I mean, it’s food. You just can’t recognize it or remember making it.

That’s when you know it’s a good time to clean out the fridge.

I figured this would be super easy. I had even had a plan! Separate all the containers. Four piles;

The first two would end up back in the fridge so long as they didn’t smell bad. The third and fourth, well, they ended up in the garbage disposal side of the sink.

Now this is important for ya’ll reading this. While using the garbage disposal for this works, the method I used is NOT I repeat, NOT the method I would recommend. Just wanted to put that full disclaimer out there.

So I started dumping containers of food into the disposal side of the sink. We have a deep sink on that side so it can hold a lot of old food. How much you ask? About a half a fridge full of unrecognizable and not so recent food.

This would lead to my first unwise decision.

Putting that much food into ANY garbage disposal side of a sink is not a good idea. But it’s even a worse idea to turn the water on, turn the disposal on, and start shoving as much food down as possible.

This would be my second unwise decision.

It worked really well for about the first 48 seconds – mostly because I wasn’t thinking about the plumbing under the sink. That’s when the water backed up in the sink. So I turned the water off and flipped the switch off on the disposal. I figured I just needed to give the disposal and the subsequent plumbing a chance to catch up to my eager efficiency and the water would recede and I could, once again, resume disposing.

I waited. Not long, but long enough in my book. The water wasn’t receding. I was growing impatient, and the smell was not the best. There’s only so much a Glade Candle and Spray can do before you’re just creating apple cinnamon sewage smell.

So in my impatience and lack of care given to the plumbing, I turned the disposal back on just to see what would happen.

This would be my third unwise decision.

Have you ever had one of your children in full fire hose mode with projectile vomiting? I mean, it just sprays everywhere. Yep, that’s what the disposal did too. Macaroni was on the walls. Mystery meat spray was on the counter. And somehow I got what I think was remnants of a casserole stuck to my ceiling. It just sprayed grossness all over the kitchen. It was like the pressure released on a really shook up 2 liter of Coke!

After taking in what the kitchen looked like, I looked at myself. Not only did my clothes catch the deluge flowing out of the disposal, it caught chunks of some really awful smelling food.

Turning off the disposal, I looked around at my current circumstances. I had two choices to make. Well, to be honest, there were a lot of choices, but I wasn’t thinking clearly at this point. Start cleaning the kitchen, or try the disposal one more time.

I tried the disposal.

I’ll spare you what happened next. Let’s just say it was my next unwise decision.

I figured if the disposal wasn’t disposing, then my plumbing under the sink must not be plumbing – otherwise known as plugged plumbing. So I opened up the cabinet, took out all the cleaning supplies, and began investigating the underbelly of my sink. You know, it’s that area where all the plumbing is at that no one ever wants to mess with.

I began by unscrewing a white ring from one of the pipes. To my surprise, it came loose rather nicely. Maybe a little too nicely. The other side sort of broke off. So I dug into repairing that side, but not thinking about what is INSIDE the plumbing I was working on or that the sink is full of water with what I would call sewage at this point. I pulled on two sections of plumbing a little too hard, trying to discover where the plugged plumbing was at.

This was my next unwise decision.

The ensuing flood had nothing on Noah. Water poured out like money out of a preteen girl’s pocket in the middle of Claires. I covered both ends with my hands to stop the flow – which I did successfully! Only one problem.

I was the only one home.

So there I was. Stuck holding back the floodgates of half chewed up food from who knows when mixed with what was already in the pipes when I looked up just in time to see a piece of that casserole that was on the ceiling fall down and land right beside me.

A decision can be right in the eyes of the surrounding culture, yet still be unwise in terms of God’s eyes. It was no different during Paul’s time on earth. He wrote to the churches in Ephesus to,

…be careful how you walk, not as unwise people but as wise, making the most of your time, because the days are evil. Ephesians 5:15–16 NASB

This screams intentional decision making. Specifically, intentional wise decisions on how we live in our day-to-day interactions with others. Paul warns us that the days are evil, so make the most of the time we have.

Decisions are rarely neutral. They take us in a direction. And since the days are evil, it takes intent to make a decision that is not unwise, but is wise. The thing with unwise directions is that one unwise decision usually leads to another unwise decision.

This also happens within us. How we process conflict, hurts from others, forgiveness or lack thereof. One unwise thought, one unwise played out scenario in our minds leads to another unwise thought and scenario. Before long, we’ve made enemies with another person. Why? Lack of intent leading to… unwise decisions.

That’s why Paul is so adamant about how we are to live! Not as unwise (lack of intent), but as wise (full of intent). And that intent flows from a source that we cannot create.

I was stuck. I could sit there until my family got home, which might be a few hours. Or I could just let the water flow, get towels and buckets, and begin cleaning up the mess.

And that’s what I did.

After mopping up the water, de-fooding the walls, counter, floor, and ceiling, I put the plumbing back together. I scooped up all the food that was still in the sink and dumped it into the trash can. Hesitantly, I turned the water back on and flipped the disposal on. The clog was cleared, and the water flowed freely down the disposal once more. And I didn’t have any leaks in the plumbing!

So I started the process again of getting rid of what little of the food that was left. Only this time I took it slower. I was INTENTIONAL with how I put the food down the disposal. Not rushing it. Not cramming it. And it was glorious!

Here’s what’s really exceptional and why you’ve read to this point! The potential of one wise decision is powerful!

One wise decision leads to… you guessed it, another wise decision. We can change directions, change course, in any area of our lives! And we have the power of the Holy Spirit enabling us to do so!

Your world will be different when there’s more intent behind the decisions you make. Try it out and see! Find out for yourself.

And for cryin’ out loud, don’t cram too much food down the disposal and plug the plumbing!