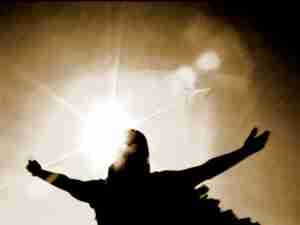 I really love this time of year – even in all of its chaos. I love the family time, the traditions, the time set aside for being thankful. If only we did it more often! I’m sure you’ve heard the phrase “There’s always something to be thankful for”. That’s so true! No matter what we are facing, there is always something God has allowed us to have or do (or kept us from) that is a blessing. Anyone who is a follower of Christ ought to be able to look over their life and point to times when God has graciously given them more than they ever imagined they could deserve. Many of us have experienced outright miracles in our lives or in the lives of those we love. Truly God has blessed us! But when we are going through hard times, those blessings are not usually our focus.

Tonight I was working on my Bible Quizzing lesson on Exodus ch. 16 & 17 where the Israelites begin to show their true colors and lack of trust in God. They had just watched him do the most amazing thing. As they were stuck between a rock and a hard place (or a body of water and a life of brutal slavery), God stood between them and the Egyptian army. He then proceeded to push back the waters of the Red Sea so that they formed a wall of water on both the left and right sides. The Israelites walked through on dry ground. The Egyptian army followed after the Israelites. But as they began to make progress, the LORD caused their chariots to begin to break apart. They quickly realized that God was fighting against them and tried to flee, but it was too late. The walls of water quickly flowed back over them, drowning each one. The Israelites hadn’t been able to see how God could provide a way out as they stood on the shore of the Red Sea and saw the Egyptian army approaching. They never dreamed what he could do – even though they had seen his hand at work in the 10 plagues he had sent on Egypt. God often surprises us when we least expect it! But after experiencing all of that, they entered into the harsh desert. There was no food or water to be had. What they had been able to carry out of Egypt was now gone and they were hungry and thirsty. The heat was no doubt brutal and added to their misery. If any of them had children, they had to listen to them whine and complain as well. It’s no wonder they began to grumble. But remember, it had only been a short time since they had seen God do the impossible. Could he not do it again?

There are times in my life when God has blessed me so greatly that I tell myself I will never forget his goodness. I expect the greatness of my joy to sustain me in whatever difficulties come my way. However, when hard times come, I quickly forget what he has done in the past and I fret over how I can get through this present difficulty. I am no different than those ancient Israelites. The Bible tells us we are to not forget what God does for us. In fact, we are to teach our children about his goodness and blessings (Deuteronomy 4:9). God knows life is hard. But he has plans for us even in the hard times and he is trustworthy. I love Psalm 42 and 43 where the writers cry out to God – asking why he is allowing such difficulty in their lives, but yet choosing to still believe that he is trustworthy. Both Psalms end with this phrase:

“Why, my soul, are you downcast? Why so disturbed within me? Put your hope in God, for I will yet praise him, my Savior and my God.”

Sometimes when we face extreme difficulties, we may wonder what God is up to. Sometimes he will let us in on what he is doing, but more often than not, he just asks us to trust him. At this time of year when we are counting our blessings, let’s purposely choose to remember what he has done for us and to tell others. Hard times come, but they also will go. An attitude of gratitude can be present at all times. It doesn’t have to be dependent on our circumstances.