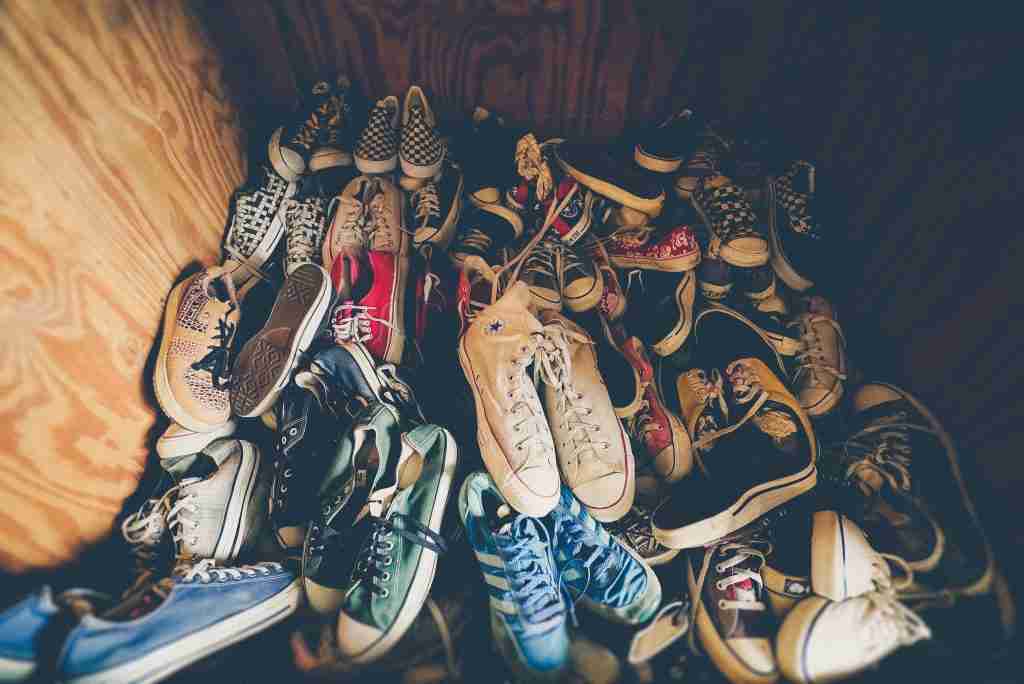 I woke up this morning just feeling blah. I’m still getting over a three week head cold that refuses to cease and desist. And I had worked most of the evening on yard work. I was just plain blah! Nothing in me desired a run of any length or venue. But I could almost hear my running shoes saying “We miss you!” And so I grabbed my gym bag, some clothes, and headed to the YMCA.

With earbuds in and treadmill set, I settled into a comfortable pace. Nice easy music was on. It was worshipful, but nothing that rocked out. I was almost running at such a slow pace that I about tripped over my own two feet!

Then out of nowhere comes Disciple’s “Dear X, You Don’t Own Me”. It was sort of a jolt into my legs! The beat obviously was much more energized than what was previously playing. Electrifying really! I couldn’t keep the comfortable pace. I sped up! I sped up to the point that my feet were hitting the plastic shroud that covers the motor of the treadmill. My body responded to the pace of the music. And so I needed to move up the pace on the treadmill to match.

That song has great lyrics! Take a look!

The lyrics are addressed to the enemy, Satan. It’s a declaration that there has been a change of ownership. What once was owned by sinful desires has been bought with the blood of Jesus. The singer is declaring that while the enemy can tempt (“You can fire but you’ve got no bullets”) that’s all he can do. He cannot go any further than what God permits. Really great lyrics!

While I’m listening, and running faster, my thoughts turn to a book I have read parts of, but never finished. It’s CS Lewis’s Screwtape Letters. Written in a satirical fashion, the book is a collection of letters written from one demon to another who obviously work for Satan and against God and humanity. In the preface, Lewis writes,

“There are two equal and opposite errors into which our race can fall about the devils. One is to disbelieve in their existence. The other is to believe, and to feel an excessive and unhealthy interest in them. They themselves are equally pleased by both errors and hail a materialist or a magician with the same delight.”

Basically as human beings, we need a healthy knowledge of the enemy. We don’t need to be overly consumed with him. But we also do not want to dismiss him as folklore or make believe. Hell is real. The enemy is real. He tempts, schemes, and lies. He is a thief that comes to steal, kill and destroy (notice the progression there!).

But he has no real authority. Jesus said,

Matt. 28:18 And Jesus came up and spoke to them, saying, “All authority has been given to Me in heaven and on earth.” NASB

Did you catch that? “All authority”

I don’t know about you, but when I read that I think, “So if Jesus has been given all authority over everything, then that would also include Satan. And it’s His Spirit that lives inside me…therefore, if he has authority over Satan, then I too can tell Satan that he has no authority in my life!”

This is a ridiculously awesome thought!

And that’s what the Disciple song is getting at (at least the message for me). He can fire temptations, lies, schemes, but that’s all he can do. And anything that happens to me must come first through the hands of God since Satan is under the sovereign rule of God. (See Job 1:10-12). Satan does not own me. I am bought and paid for by the blood of Jesus Christ! My life is under the authority of Christ, not Satan!

Now, before you get too excited (because I am!) we still need to keep sober minded! Peter writes,

“Be of sober spirit, be on the alert. Your adversary, the devil, prowls around like a roaring lion, seeking someone to devour.” 1 Peter 5:8

We can become too comfortable (sort of like my pace on the treadmill) that we can be lulled into sin. It’s usually not blatant, but all too subtle. Satan won’t likely be blatant for if he were, he would not ever be successful. Instead he cunningly strategizes. He is shrewd, clever and tactful in temptation. He deviously and slyly slinks into our lives, helping us rationalize.

Ask me sometime how I know.

And that’s why Peter warns to be on alert. We need a good awareness of the enemy. Something interesting about what Peter says is how he compares Satan to a lion. A lion is fierce. A lion devours its prey. But Peter never says Satan is a lion. He only says he is “like” a lion. In other words, Satan has a roar, but not much bite – that is unless we give him permission to.

It’s this point that drives me back to the treadmill this morning. I love being comfortable. Don’t we all! But I was too comfortable on the treadmill. I just about tripped! I needed to pick up the pace. So I did.

I don’t want to trip spiritually.

I don’t want to be too comfortable spiritually. The reminder of what the enemy can and cannot do was a jolt into my spirit much like the Disciple song did for my legs! Yes we live victorious. But we cannot forget there is still an enemy. Yes he has no real authority, only what God permits. But we can grant him authority in our lives by our responses, by what we say and do. And that’s where we lean into the Holy Spirit and abiding in Him!

Well, I finished my run on the treadmill. Definitely not my best pace, but certainly was not my worst. I would say it was…healthy. And that’s what we need to be in our perception of the enemy. Healthy.