The Blood of Christ – Part 2 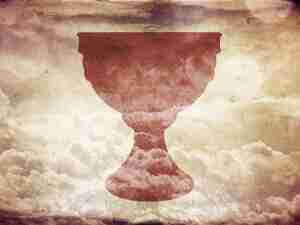 Why the shedding of Blood

If we look all the way back to Genesis, we see a small glimpse of why blood needs shed to cover sins.

Genesis 3:21 The LORD God made garments of skin for Adam and his wife, and clothed them.

After Adam and Eve had realized they were naked, they sewed together for themselves fig leaves. But after their conversation with God, God made for them garments of skin to cover their nakedness.

This event doesn’t represent the atonement. But it does give us a visual picture to work with. Man’s coverings were not sufficient, but God’s were. Symbolically, to take care of the results of their sin (knowing they were naked) they needed to be covered and the first deaths, which should have fallen on them, fell to the animals which provided the coverings they wore.

In short, animal blood was shed to provide coverings for Adam and Eve.

But shedding of blood means and covers more than that. Think about one thing blood does – it sustains life. Without it, we die. Now think about Sin for a moment. What are the wages of sin?

Romans 6:23 For the wages of sin is death

Because of sin each of us deserves to die and remain separated from our Heavenly Father forever. But instead of humans dying and shedding their blood because of their sin, animals became substitutes, taking the place of who should rightfully die.

There were ways in which God instructed His people to kill the animal to properly sacrifice it for their sins, but the point is this, that the blood that covers or provides atonement for sin is connected to the life of the animal. Read in Genesis 9:4 where God deals with the eating of meat and blood.

Genesis 9:4 Only you shall not eat flesh with its life, that is, its blood.

God clearly states that life = blood. Life is sustained by the blood that flows.  This is further clarified in Leviticus and does speak of atonement which means to cover.

Leviticus 17:11 For the life of the flesh is in the blood, and I have given it to you on the altar to make atonement for your souls; for it is the blood by reason of the life that makes atonement.

The life of another, or the blood of another and the shedding of blood, is indeed required in order to make atonement for a human’s sin.