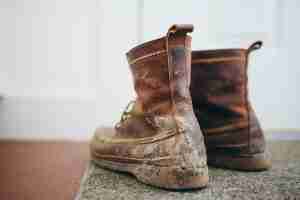 What does it mean to be a Christian? Ask 100 people and you will get 100 different responses. Those with a church background will give you the “Sunday School” answer: “a follower of Christ”, or “someone whose sins are forgiven”. But ask someone who’s left the church and you might hear “a hypocrite”. Ask a radical Muslim and you will hear “an infidel”. Ask an atheist and you will likely hear “a fool”. More often than not, the responses would be negative in nature.

Unfortunately there is a good reason for that. So many who call themselves Christians live nothing like the Christ they say they follow. I know I have often fallen short. God help us that we do not always get what we are supposed to be all about! Even the dictionary doesn’t get it. I looked up the definition of “Christian” and it says, “A person professing belief in Jesus as the Christ or in the religion based on the teachings of Jesus”.

OK – I can agree with that part, but then it goes on to add, “A decent, respectable person.”  What?!?! Certainly a Christian should be decent and respectable but not all people who are decent and respectable are Christians (and then there are those who call themselves Christians, but are neither decent nor respectable).   No wonder so many people are confused on this issue! When I first met my husband, he had just recently become a Christian. Before getting involved in our church, he had always been a “decent, respectable person”. Many people that I met during our dating time – who had known him all of his life – made sure I knew what a great guy he was. No one had anything bad to say about him. Certainly that’s a great quality to have (and a trait that we find less and less in this day and age), but there is a big difference between being decent or respectable and being godly. He had to learn (as we all do) that just being good wasn’t good enough. Another reason the last part of that definition just doesn’t work, is we all have different ideas of what is considered “good”. If we compare ourselves to others, we can justify a lot of our actions that are not in line with Christ’s teachings, but are “good” in our eyes simply because they are “better” than someone else’s.

So what does it truly mean to be a Christian? The only way to know for sure is to know the one who authored the life of Christ himself. God has given us everything we need to know Him. When we read His Word and study it, we find His Heart. That’s one reason I love Bible Quizzing so much! As we study a book of the Bible, we see God revealing himself to us in ways that even young children can understand. He is so full of love and compassion for us! But He is also a holy God – and holiness cannot be in the presence of anything less than perfection. That’s just the way it is – like the laws governing time and space. If we were to enter his presence – even the best of us would die. We simply cannot coexist with Him amidst all of our imperfections and selfish desires.

I think we often rely on the fact that we are “decent, respectable people” and forget that all of our righteousness is like “filthy rags” to our holy, glorious God (Isaiah 64:6)! We like to think of sin as only big things like stealing, killing, or lying and not in lesser things like rebellious thoughts, bad attitudes, gossiping, or mismanagement of our time, money and talents. God gave his people a glimpse into what it would take to be able to approach him and live. It was a long list of things to do and not do. (If you’re ever in need of good bedtime reading, read through Leviticus, Numbers and Deuteronomy!) In Jesus’ day, there were many Jews who had that list of regulations down pat and they even added to it. They thought they were super-righteous because they were such good rule followers. But Jesus had no tolerance for them because in all of their rule-keeping, they completely missed the point! The purpose of those rules was to lead them into a relationship with their loving God.

It was never about the rules; it was about getting into a relationship!

Now the rules did matter because it was by following them that God could connect with people and meet with them. It was in doing those things that they could purify themselves and be able to commune with the God who loved them so much and longed for relationship with them. They just weren’t the main thing.

Today, we don’t have to follow a 500 page list of rules and regulations to be able to approach God and have relationship with him. Thanks to the sacrifice of Jesus, we only have to confess his name and believe in him. His blood covering us allows us to be able to enter into the relationship that God desires to have with us – and that we desperately need whether we realize it or not! Now just because Jesus covers us and frees us from keeping that long list of requirements, doesn’t mean we are free to live however we want. Paul addresses that in Romans. He says in ch.6 vs.15,

“Shall we sin because we are not under law but under grace? By no means!”

He goes on to say that we are slaves to what we obey – either slaves to sin which leads to death or slaves to obedience which leads to righteousness. There is no other option. We either choose him and receive life or we choose our own way and end up with death.

“No eye has seen, no ear has heard, and no mind has imagined what God has prepared for those who love him” (1 Corinthians 2:9).

“Now to him who is able to do far more abundantly than all that we ask or think, according to the power at work within us” (Ephesians 3:20).

If you are one of those who claim to be a true follower of Christ, I want to encourage you to take inventory of how you are representing his name. I know I have some work to do. And with God’s help I do believe I will do better! We must do better. So much is at stake. So many do not understand what God has laid out so clearly in his word. It is time for Christians to take seriously the name we bear. If we were to all do that, I believe there would no longer be any confusion about what it means to be a Christian.