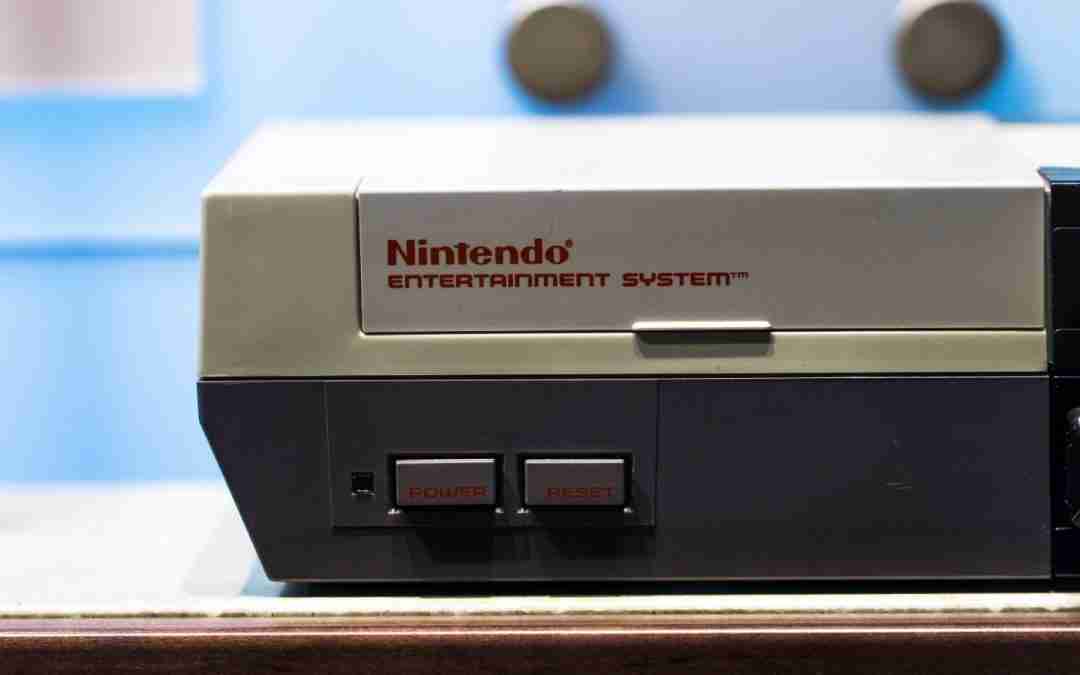 The year was 1989. The Berlin Wall came down. The Simpsons first appeared on TV. The first text message was sent. And I got my hands on my first Nintendo…the original NES! I think I played it more than I slept, resulting in a less than favorable response from my parents when my grades began to slip. Yep, I was punished, and it hurt, but it was out of compassion for me.

The year was 1992. Bill Clinton was elected president. Wayne’s World hits the theater. Microsoft released Windows 3.1. And I was in my very first fender bender. I’ll spare you the details. Let’s just say I tried to hide it as long as I could (which wasn’t very long). Again, compassion was shown this time through grace.

The year was 2002. Apple released its 2nd generation iPod with, get this, a whopping 20GB hard drive. George W Bush gives a memorable State of the Union address just months after 9/11. Kelly Clarkson became the first American Idol winner. And Star Wars Episode 2 Attack of the Clones was released in theaters, of which I had a 12:01 am ticket! So awesome! But I was almost fired because of it. I had bought my ticket weeks in advance, and the week the movie was to drop in theaters, my boss at the time informed me I would be taking a work trip to another state. Let’s just say my response was, well, toddler-like. Wish I was kidding. My boss was patient. Not happy, but patient. Compassion was shown even amid a firm coming to Jesus meeting!

Ok, so what’s the point?

Great question! Here it is. Compassion isn’t always visible to us, especially how we want to see it. It’s not always recognized at first glance. While the circumstances and responses were not what I would have desired in all three examples, compassion was still shining through.

When we think of compassion, we may not go to being disciplined, corrected, or being shown patience. But it is. Compassion happens when we…

A couple things emerge from this list. First is the verb show. Compassion takes action. Second, it’s always for another. Motivation is not for self-benefit but benefits another. It’s a desire cultivated daily as we respond to the Holy Spirit that shows love, mercy, patience, sympathy, and sorrow for another.

I think the clearest example of compassion is found in the person and purpose of Jesus. And it’s the word purpose that we’ll center on.

Let’s set the scene. Jesus has just returned after his time fasting and being tempted. He returns to Galilee. Word begins to spread about Him as He teaches in the synagogues. Luke records that he was “praised by all” at this point, Luke 4:15.

Jesus enters His hometown, Nazareth. As was His custom, Jesus enters the local synagogue to read from a scroll and give a teaching. The scroll handed to Him is Isaiah. Interestingly enough, Jesus lands on the prophecy about Himself.

Luke 4:18-19 “THE SPIRIT OF THE LORD IS UPON ME, BECAUSE HE ANOINTED ME TO BRING GOOD NEWS TO THE POOR. HE HAS SENT ME TO PROCLAIM RELEASE TO CAPTIVES, AND RECOVERY OF SIGHT TO THE BLIND, TO SET FREE THOSE WHO ARE OPPRESSED, TO PROCLAIM THE FAVORABLE YEAR OF THE LORD.”

This was a well-known prophecy to the Jews. It spoke of the promised Messiah. They’d been waiting hundreds of years for its fulfillment. So you can imagine what the atmosphere was like. No one made a peep. Jesus just rolled the scroll back up and sat down. Everyone was looking at Him, waiting to hear what He was going to say next. And Jesus doesn’t disappoint. He simply says

Luke 4:21 “Today this Scripture has been fulfilled in your hearing.”

Mind…blown. The long-awaited Messiah was here, in their own synagogue. At first, they spoke well of Him and admired Him. But that was short-lived. Jesus wasn’t finished.

Luke 4:23-26 “And He said to them, No doubt you will quote this proverb to Me: Physician, heal yourself! All the miracles that we heard were done in Capernaum, do here in your hometown as well. But He said, Truly I say to you, no prophet is welcome in his hometown. But I say to you in truth, there were many widows in Israel in the days of Elijah, when the sky was shut up for three years and six months, when a severe famine came over all the land; and yet Elijah was sent to none of them, but only to Zarephath, in the land of Sidon, to a woman who was a widow.”

In other words, no other widow got that miracle. There were undoubtedly Israelite widows, but God sent Elijah to a town outside Israel. Jesus continues.

Luke 4:27 “And there were many with leprosy in Israel in the time of Elisha the prophet; and none of them was cleansed, but only Naaman the Syrian.”

He moves on to Elisha, another great prophet. He makes the same point, many in Israel needed cleansing from leprosy, but only Naaman (a Syrian) was.

Implication? Jesus makes the point that he won’t be accepted in His hometown, but I think the broader stroke falls into His purpose; to extend compassion to Jews and Gentiles.

This would clearly make the Jews upset; after all, Jesus was their Messiah! No one else’s! They end up helping Jesus make His point.

Luke 4:28-30 And all the people in the synagogue were filled with rage as they heard these things; and they got up and drove Him out of the city, and brought Him to the crest of the hill on which their city had been built, so that they could throw Him down from the cliff. But He passed through their midst and went on His way.

Jesus is very well aware of His purpose. Bring compassion to the rich and poor, well known and the marginalized, to those that loved Him and wanted to throw Him off the cliff.

Much like my examples, compassion for Jesus came in different ways. The circumstance determined the action. But the response was always out of compassion. It was the driving force.

Out of compassion, he spoke strongly to the rich young ruler and yet seemed to have a gentler approach to others such as Nicodemus. It was out of compassion that Jesus healed Bartimaeus but allowed Lazarus to die, bringing him back after a few days. He desired to use Peter out of compassion even though Peter had failed him.

It was out of compassion that drove Jesus to the cross.

Understanding purpose brings clarity. Purpose isn’t just being a father or mother, husband or wife. It isn’t just what we do for a living. Those are part of our purpose, but all must flow from a greater purpose. Showing compassion in all of those other purposes.

It’s almost as if compassion is the rich soil in which all other purposes draw life. Even to those that may want to throw you off a cliff. (Hopefully, that never happens to you)

Here’s the thing; those that are difficult to give compassion help you learn to be compassionate. Think about it – if you’re never challenged, you’ll never grow. The easy stuff doesn’t get you anywhere. It’s the challenges that grow and mature and enrich compassion even more.

It takes different forms. It’s not always convenient, and it often feels awkward and undeserving. But imagine what your world would look like with compassion being your purpose?

Can you imagine the difference? It would be extraordinary! You know what else? We’re given what we need through the Holy Spirit to make that difference – to show compassion in all situations we face. It takes action, being obedient, and showing the compassion and love of Christ.