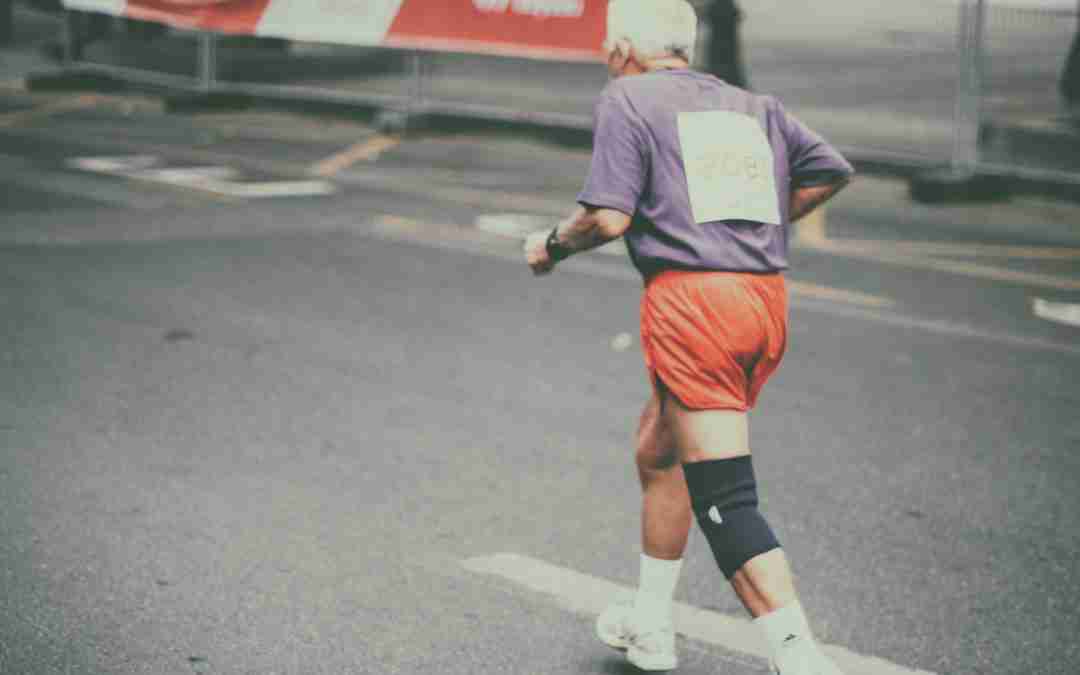 There is something just plain fascinating with our brains. They are a wonder, a marvel of God’s creation. They handle complex problems, creatively assembling ridiculously awesome solutions. Our brains process multiple variables with stellar speed. They make new ways of thinking — sort of like trails being blazed through a forrest. They do all these things and more call throughout our lives — all while keeping the body running.

As incredible as our brains are, they are, however, susceptible to the things we do. I know…obvious right?

I’m no medical expert, but from what little I understand, when we finish something we start, for instance a project, reaching a goal, or finishing a race, when we demonstrate determination, something fires off in our brains that makes us feel good. The purpose is for us to repeat that behavior.

You probably felt great! You accomplished something awesome! You saw the plan through! You finished the race! You reached your goal!

The inverse is sort of depressing…literally!

I’m not talking about trivial things. I had a friend try to teach me to play guitar. He did his best. But despite his best efforts, I just couldn’t pick up on playing the guitar. And I’m ok with that. My friend was too! I think he was getting fed up with me! There are just certain things I am not meant to do.

God didn’t create me to do all things, but to do the things He has for me.

No, I’m talking about the more weightier things in life. Relationships, goals, dealing with temptation, finishing the race figuratively as Paul states, being determined to continue letting God do His best work in you so that He can do His best work through you.

These are the things that we all face and have to choose to be determined in. It’s something we all have either dealt with, are dealing with, or will deal with again — common to every human being. What we do when we face challenges? Times when we don’t understand. Times that we have to show sheer determination matters immensely!

They matter immensely because they matter to God. God is so passionately interested in what He is doing in you so that He can use you to impact the world around you.

But it’s hard isn’t it! Sometimes we wanna quit. We hit a difficult patch. Things were going well for a while but we hit a wall. And we end the relationship. We find a new job. A new goal. A new endeavor. Whatever it is, we conclude that we can’t finish and we don’t finish, crippling us a little each time.

I have used this story so many times before, but I’m using it again. It was my first official 5k race that I participated in.

I still remember after turning in the registration form and money thinking to myself….“What in the world am I doing?”

I did a little training. I wanted to at least be able to finish the race and not make a total fool of myself. So I hit the YMCA treadmills. I did some outdoor runs, all leading up to a decent time for a 5k. (At least decent for this guy!)

The day of the race came. My friend was all like, settled in and comfy.

What killed the ego was being passed by a mom running…while pushing a stroller…with a child in it…carrying another one on her front.

But I kept on. I was determined. And really I was feeling pretty good.

I reached the first mile marker, grabbed a cup of water, dumped it on my head, and kept going. I reached the second mile marker and did the same. Now something happened that was incredible between those two miles. I increased my speed. I was feeling so good that I began to run harder.

Until I got about a half a mile from the finish line.

I felt awful. Remember that feeling of wanting to throw up from the start? Yea, it returned with a vengeance. It was like death! I was dying. I was convinced that I was going to see Jesus that day.

I got down to the last third of a mile which is about 10 percent of the overall race. I was done. I started walking…but only for just a brief moment. There was a voice. No, it wasn’t Jesus. It was my friend yelling my name.

He was cheering me on.

He had obviously finished the race LONG before and ran back that third of a mile…to cheer me on.

I was so impacted by his encouragement that my legs began running again when I was begging them to stop. I pickup up the pace. The more he cheered the harder I ran. I became determined to finish that last third of a mile.

I’m glad I did. I ended up finishing third in my class. And I felt amazing…so amazing that I ran many more races after that. Remember, something fires off in our brains when we show determination and finish something, seeing it to the end. It makes us feel so good that it motivates us to repeat that behavior.

Here’s something to remember — God is cheering us on.

God is cheering you on.

He desires to finish His work in you so you can do His work to impact others. We never really arrive with God. It’s more that He gets us ready for what’s next.

Acts 1:8 but you will receive power when the Holy Spirit has come upon you; and you shall be My witnesses both in Jerusalem, and in all Judea and Samaria, and even to the remotest part of the earth.”

Be the witness of Jesus (tell others about Him) to the rest of the world.

Now think about this! Others witness God’s power when we’re determined.

I am inspired when I see someone striving, pushing forward, being determined to finish despite the odds…despite the impossibility. Something stirs inside me when I witness that. It’s why movies that highlight the underdog do so well. It’s a secret sauce of good stories!

Each of our lives is a story made up of highs, lows, in-betweens, and through all of it, determination to finish what’s been started…despite the odds. Despite the impossibility.

I would imagine that the disciples probably felt everything but determined at first. There was probably a lot of unsettled, irresolute, doubt-filled thoughts after Jesus’ command and ascension. But, all that changed just a few days later when the power of the Holy Spirit rested on them!

Being determined doesn’t happen with just a single decision. It happens with many, many smaller decisions over the long haul. Decisions to finish, to not quit. To keep going. To not give into that temptation that seems to haunt you.

Determination starts with your next decision. And the decision after that….and the next and the next.

After our 11am service, I was talking to one of our worship leaders, Howard Cole, and within the context of the conversation he shared something his guitar teacher had told him. He had said that it takes the same effort to get from 90 to 100 percent as it does to get from 0 to 90.

Same work. Same effort. 0 to 90 is a bunch. 90 to 100? Not so much. But it’s that small window where the biggest significance is at! It’s in that window we fight our biggest temptation to quit, give in, and not finish.

I crossed that finish line with a really big smile on my face, but an even bigger smile in my heart. That’s the difference! All those things firing off in our brains when we finish something, alters us…doing something in us that spurs us onward. There is science to it all. But, I’m simple and don’t understand it. I point to the Holy Spirit that does that in me.

Before we end our time together, I want us to take a look at a very familiar passage from Paul.

Do you not know that in a race the runners all compete, but only one receives the prize? Run in such a way that you may win it. Athletes exercise self-control in all things; they do it to receive a perishable wreath, but we an imperishable one. So I do not run aimlessly, nor do I box as though beating the air. 1 Corinthians 9:24–26

When we determine to finish, it’s not aimlessly for something that fades away. But for something that lasts much longer, having an eternal impact not only on ourselves, but our families and others around us. Decisions we make to keep going, to finish the race, whatever that race ends up being at this point in time for you, has eternal value. God uses it all for our good.

Determination matters. It starts with your next decision. That last 10 percent.