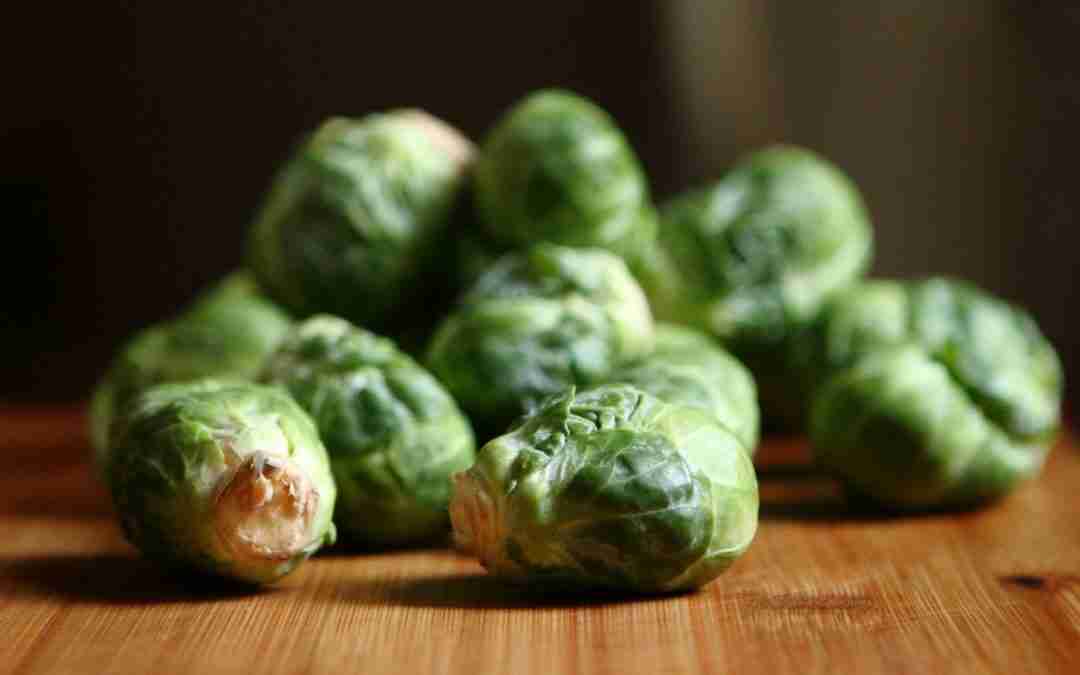 I don’t like Brussels sprouts. Wait. That’s not very accurate. I’ll try again. I hate them.

I hated them as a kid. I hate them today. I’m like that guy in the Green Eggs and Ham book! Only I will never say I like Brussels sprouts.

They are the most vilest of vegetables! I love most other vegetables – spinach, carrots, onions, green beans, beets, and even cabbage (which I have been told is basically Brussels Sprouts…But I strongly disagree!) Brussels sprouts are gross, disgusting, nasty (I could go on, but you get the point).

I don’t know how it was growing up in your home or how you handle dessert in your house today. But in my home now and when growing up, dessert is reserved for those that finished the food on their plate. It’s a great rule as far as I’m concerned…unless that plate has those gross green devils on it.

Like many other boys, one of my best friends was my dog. His name was Flash – which was quite ironic. Flash was a Basset Hound. There’s nothing really flashy or fast about a Basset Hound. But that was his name…And he was my dog so you just keep your comments to yourself 😉

While Flash was my best friend, he was also a great garbage disposal! The dog would literally eat anything. One of the jobs I had growing up was to rid the backyard of Flash bombs. You know what I mean, right? Hope so ‘cause I’m not elaborating anymore on that. This does end up on a church blog.

Some of his bombs were particularly interesting. Often I would find a missing Lego, body part of a GI Joe, or a piece of a Nerf Ball. On really regular occasions I would find colored bombs. Red, yellow, green, purple! Sometimes they would be rainbow colored!

Flash had a hankering for crayons. He would eat them. Whole. Which provided for very entertaining times scooping Flash Bombs. Actually it became a game to see which ones expressed the most color.

So knowing this distinct characteristic of Flash (being a garbage disposal, not his bombs), made him quite the veritable vile vegetable disposer. And surprisingly Flash never seemed to get overweight. But maybe that was because of all the vegetables!

Knowing all this I would check to see what dessert was available. I wanted to make sure it was worth the risk. Nobody robs a bank for pennies do they? And I was surely not going to run the risk of getting in trouble with my Mom for some dessert that wasn’t worth it. So I would spy out the land – you know – like Joshua and Caleb! I’d see if it was flowing with milk and honey – otherwise known as a dessert I would risk for.

We weren’t supposed to feed the dog people food. The risk was not only getting in trouble for disobeying there but the guaranteed gas that Flash would produce some hours later after consuming the sprouts. It was ugly.

This method worked for quite a while. Until I got caught and it didn’t.

It was a dessert worth the risk. And Flash received my Brussels Sprouts and I hoped that Mom wouldn’t ask about my plate, but just assume that since it was empty, I ate it.

My mom was MUCH smarter than I. Come to think of it…she still is. And I think that’s most moms. You can’t fool Moms for very long! Dads maybe, but not Moms. I have a theory about moms. I think when moms become moms God gives them some super power that laid dormant until the mom inside was activated. Then they become crazy good at knowing when their kids are up to something. And it’s scary accurate.

Dads…not so much. I’m sort of bitter about that. It’ll be a question for God when I get to heaven.

So she asked me, “Did YOU finish all your food?” I wasn’t expecting to be asked. She’d never asked before. Just assumed I think. I was resilient. The jig wasn’t up just yet. I wasn’t ready to show my cards. So…

I lied…well…sort of…or so I thought. I mean, TECHNICALLY, I cleaned my plate…I just had some help from Flash! So I said yes I did. She gave me that icy cold stare – otherwise known as the Mom Lie Detector (there’s another super power), trying to get me to tell the truth. I’ll have you know I stood my ground!

Dessert that evening was so horrible. No, Mom was and still is a fantastic baker! The dessert was wonderful. But I couldn’t enjoy it. In fact I felt as though I was going to get sick as I tried to eat it. Each bite made me more sick than the previous one. But I was NOT going to waste it and I was NOT going to admit anything.

I couldn’t get around the fact that I lied. And while it got me what I thought I wanted, it was not what I really wanted. Isn’t that the way it can go sometimes. We finally get what we thought we wanted only to find out it’s not even close. God knows best. We don’t. There’s a good simple guiding principle.

Anyway, what I really wanted was to please God by honoring my parents. And I’d failed.

The story of Naaman in 2 Kings is a wonderful example of what I experienced. Naaman was a high ranking military man who had leprosy and sought healing from God’s prophet Elisha. Elisha told him to wash in the Jordan river 7 times. Naaman at first refuses but is convinced to follow God’s plan. And when Naaman washes 7 times he comes up clean of leprosy.

This was a miracle. Leprosy was a disease that wouldn’t go away on its own. And it moved the leper to being an outcast. With Naaman being a high ranking official, well this was a big deal that would bring a big payload if he were healed.

Gehazi, Elisha’s servant, had other ideas. I can relate to him. Gehazi wanted the dessert. So he waited until Naaman was down the road and ran to catch up. He lied to Naaman. Made up some crazy story to get that crazy loot. So Naaman unloaded the loot on Gehazi and Gehazi returned home thinking no one would ever find out.

I guess Elisha had mom super powers. Because Elisha knew what was up. Check out what happens next.

Gehazi lied to Naaman, and when asked by Elisha, he lies to him too. Elisha calls him out on it. And as a result of his lack of integrity, Gehazi ends up with Leprosy himself, along with the rest of his family.

Ouch. I never got leprosy. But I did get an upset stomach.

Integrity is worth guarding. Being honest. Following through with what we say we will do. And being truthful. All are not just essential but life giving to all relationships – including our relationship with Jesus – for all relationships hinge on the element of trust.

We have a changed heart as followers of Christ. And because of that changed heart, our desire turns to pleasing God more than pleasing ourselves. And that includes honoring those around us with integrity.

In my story, I didn’t honor my parents. And so with shame and regret I confessed to my Mom and God about what I had done. And I received grace from both. Grace is another super human power. Actually, that’s a God power given to all of us to extend to others.

It’s awful hard to receive grace if we are reluctant to give it. Just a thought…

You and I may not lie to get dessert. But we do find that temptation can come knocking on our door to tell a small white lie when it can save us, or benefit us, or keep us from admitting something we forgot to do that we promised. It may seem insignificant at first. So simple. So easy.

And that’s why it’s so dangerous.

Nobody embezzles money, cheats horribly on taxes, or is unfaithful from the get go. They never start there. And they never intended to lack integrity. They just weren’t intentional about guarding it.

They started with lying about what they ate for dinner to get dessert.

They started small. And that’s the warning for us. We won’t go from 0 to 60 in the untruth department. We start small and rationalize it till it feels OK. Then we take a little more and again, rationalize it till it feels OK. Over time, this leads us down a road that we have been convinced we are still honorable. But the reality is we broke that honor a long time ago. We never intentionally set out do be dishonest. It happens unintentionally because we weren’t intentional about guarding integrity.

My prayer for you this week is that as you lead (and yes you do lead by setting the example) ,in whatever context you’re in, that people see an integrity in you that’s unmistakably Jesus. And that you’re intentional about guarding that integrity. Why is this so important?

Because people will trust Jesus when they can trust you and what you have to say about Jesus.

And so I’ll end our time together here with a simple phrase…it’s easy and memorable.

The dessert is never worth the risk! And never feed Brussels Sprouts to a Basset Hound and lie about it!