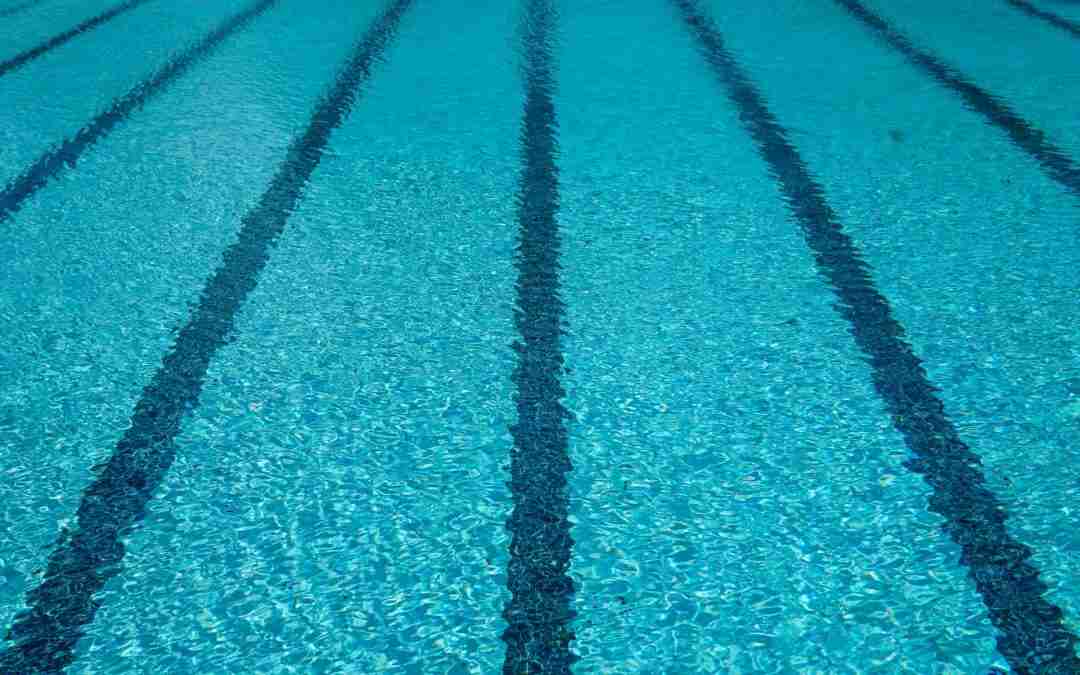 Here recently I have started swimming.  Not that I have just learned to swim,  but swimming for distance.  I have a goal, a prize, that I would like to attain before I go be with Jesus.  I want to participate in a triathlon.  I’m not up for some Ironman contest, just a mini triathlon where I swim a mile, jump on a bike and cycle for a dozen or so miles, and run a 5k.

So I started out slow, just making a couple of laps and this week I made it up to one mile!  Yay!  It was during this mile that I got to thinking about how I regretted not swimming sooner like this – because I so enjoy it!  But I also started thinking about other regrets.  You see there are really two kinds of regrets.  The first says I am sad that I did this or didn’t do this.  The second, is one of remorse of something done that was wrong.

Neither are really super healthy to maintain…so don’t maintain regrets!

But the regret I was beginning to feel about halfway through this mile swim was the latter…and the more damaging.

Bringing up the Past

The enemy is so slick in getting me to think about past sin.  He loves to stir up remorse and regret from the past.  In this case, he brought up something that was so hurtful to me that I choked on water as I came up for a breath.

Have you ever seen a grown man throw a temper tantrum?  It is not pretty.  Just ask Nicky.  She’ll be honest with you.  I’ve done them.  The one that Satan tossed back into my face was one that I had to work hard to recover from.  The look on the faces of my daughters was one of fear of their Dad.

And it wasn’t a reverent fear.

Anger and temper got the best of me and instead of having self control and restraint,  I simply let loose.  The aftermath of the verbal assault looked like a bomb had gone off emotionally.   In less than a few minutes I tore down much of what I had worked to build up in their lives.   I sought forgiveness and I received it from them,  Nicky and God.  But it would not be instant.  There would be a process.

And in that process, I maintained regret for a long time, even though I had been forgiven.  And during the swim this week,  Satan tried to get me to maintain it again.  And for a while he was successful.

No time to maintain regrets…or Energy!

There is a great song by Crowder which mentions regrets.  The song talks about how much God loves me.  How much God loves you!  And that maintaining regrets is a waste of time.   I think to really grasp this, we need to break down just what it means to maintain a regret.

Regret we will define as a remembering of something that has been done wrong.  And like any other memory or thought, dwelled on long enough, brings with it the emotions and feelings associated with it.  To maintain something means to keep it in existence.  This is the idea of keeping something alive.

Put these two together and here is what we have: “Keeping in existence the feelings associated with things done that were wrong”.  Sounds sick when it is stated that way. But here’s the thing.  It’s universal. We all have experienced it.  We all can relate to it.  So…how do we respond to it?

For the next half mile I swam with such deep emotion.  I beat myself up.  I relived the moment in my mind.  Relived the looks, the feelings, the remorse.  The whole thing.  Just like my verbal explosion, it only took moments to tear down what love and grace had built up.  And that’s how sneaky and ugly maintaining a regret is…

It will seemingly undo what grace has already done.

I kept swimming, refusing to stop.  I wanted that mile!  And I’m glad I did because it was toward the end when grace broke through again and reminded me that I did not have the time nor energy to do the work to maintain that regret…that it was not only worthless, but destructive.  (That and I wanted that mile and I was wasting precious energy!).

It was at this moment that Paul’s words in his letter to the Philippian church came to mind.  Paul wrote that…

Brothers and sisters, I myself don’t think I’ve reached it, but I do this one thing: I forget about the things behind me and reach out for the things ahead of me. The goal I pursue is the prize of God’s upward call in Christ Jesus.

Paul does “this one thing”.  He forgets about the things behind him…his past mistakes.  Another translation uses the word forgetting, seeming to indicate an ongoing process.  I suppose what I understand here is that I would likely have this battle again, but next time I wanted to be ready.

What does Paul say next?  He forgets what is behind him and reaches forward to what lies ahead of him.  The prize of God’s call in his life to live in the grace of Christ Jesus.  Paul makes a choice (hmm…seems we talked about just choosing last week!) a purposeful decision shift his thoughts from maintaining regrets to maintaining his relationship with Jesus Christ, the prize that he’s striving for.

This happens in all sorts of practical ways.  In this instance, I began to think about what regret was doing to me in context to what Paul says in his letter.

First, maintaining regrets impedes my growth in Christ.  If my thoughts are not on Christ but on regrets of which Christ has already paid the price for, I’m not growing.  Don’t maintain regrets…they impede your growth in Christ.

Restore to me the joy of Your salvation And sustain me with a willing spirit.

David understood regrets!  He sought to have the right spirit within him and asks God to restore the joy of His salvation.  Don’t maintain regrets…they steal joy.

Third, maintaining regrets obstructs my path.  The path I am on is taking me toward Christ.  And maintained regrets will get in the way of that prize.  Much like fog or haze that you can’t really see through, maintained regrets cause us to become disoriented, spiritually speaking.  Our path, our direction, our discernment, our insights, all things that God freely gives through grace, become obstructed.

This is the one that scares me the most.  Lingering too long in past regrets can not only impede growth and steal joy, but will knock us off the path we are on if we aren’t careful to recognize what’s actually happening.  Living in that pain of past regrets too long can lead us to decisions we would not otherwise make.  Decisions that might take us just deeper into more regret.

So here’s what I did.  I began to think about just how much God loves me.  Romans 8:1 “There is now no condemnation for those who are in Christ Jesus.”  And if He does not hold all that against me, then why should I continue to maintain those regrets?  I mean He did pay an incredible price for my freedom from those regrets!  John 3:16…God so loved what?

God so loved you that He gave up something He dearly loved, so that He could give you Salvation, and with that, Joy and Life.

It cost God way too much to maintain any regret…no matter the sin!

And that was my response.  Jesus Christ is my prize…the thing I continually choose to reach forward for.  Which is quite fitting because as I’m swimming, I’m reaching forward to pull myself ahead in the water toward my goal of a mile.  And I do the same with my regrets.  I reach forward, pulling myself ahead toward my goal – a closer walk with Jesus – and away from my regrets.

Reach forward, then, toward Christ!  Pull yourself toward him and away from any regrets that are impeding, stealing and obstructing!