“Forgiveness is the fragrance that the violet sheds on the heel that has crushed it.” – Mark Twain. 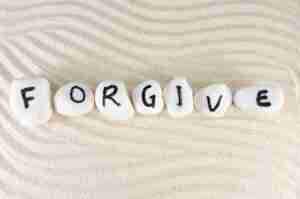 Hello – my name is Tara and I have a problem with forgiving… Can you relate? I believe forgiveness is the single most difficult aspect of Christianity. After all, life is tough and people can be downright hateful. Abuse, backstabbing, murder, slavery, divorce, manipulation – these seem to be increasing more each day. How do you forgive someone who has utterly crushed your soul by their words or actions? We all know that we need to forgive – after all Jesus told us that unless we forgive, we cannot be forgiven, and the measure we use will be measured back to us.   Also, if you have ever carried around a load of bitterness, anger, or hate, you know that it makes life quite miserable for you, not the one who wronged you. That gives us some very good reasons to let go. So why don’t we forgive more readily? Why is forgiveness so tough? Let me share a few thoughts…

While it’s true that any who wrong us do not deserve forgiveness it does not exempt us from giving it. We do not deserve God’s forgiveness either and yet, He gave it freely. What an example He has given!  Our choosing to forgive frees our hearts from the weight of all that comes with hurt and anger. And it frees us to trust God to be the one who has promised to one day make all things right. We may never see the retribution brought into the life of those who have wronged us, but God will not let evil go unpunished forever. When we choose to hold on to our anger over forgiving, we are in essence saying we do not trust God. If we can believe God for our daily bread and guidance in our days, we can trust that He will work in the hurtful situations that confront us. He has promised to bring restoration and to be our avenger. It may not happen in our timetable, but God has never been a liar. By choosing to forgive, we are showing God that we do indeed trust Him to take care of those who hurt us.

2. We don’t have a realistic view of what we have been forgiven of.

I think we often forget how high and holy God really is and how weak and lowly we really are. Any righteous acts we can perform, any cleanliness we can boast of is not really us – it is because of His grace! If we have been kept from the ravages of drugs and alcohol, it is his grace. If we have remained pure in a polluted world, it is his grace. If we have worked hard to achieve a dream, it is his grace. Let us never forget that any good thing we have is because of his grace!!! In Romans Paul tells us that God chose to love and forgive us even when we were still sinners. If you’ve grown up in the church and always been a rule follower, you may not grasp the magnitude of that statement like those who know the depths of depravity and the strongholds of deep sin. But we must get to a place where like Isaiah, we get a glimpse of the holiness of God and the filthiness of even the most righteous of men. If God can forgive us – even before we knelt to ask, then we can most certainly forgive the much lesser offenses of our fellow man. We are never more like our Heavenly Father than when we chose to forgive. And when we walk with Him in the light of forgiveness, He is finally able to use us in ways we could never before imagine!

The biggest mistake we can make in choosing to cling to our anger is that it cuts us off from the nearness of God. From experience I can say that the longer I have held on to the anger I felt justified in carrying, the colder my heart became in my relationship with God. It is impossible to have a close relationship with God and harbor unforgiveness. I can remember a time when someone dear in my life responded to me in a time of crisis in a way that hurt me so deeply. I nearly didn’t recover from it and our relationship nearly perished as well. For weeks and months, all I could think about was what was said, how it was said, and what I had needed to receive instead. I remember realizing at some point, that I no longer felt God near me. I didn’t like it, but I could not let go of my hurt. I carried the anger deep inside of me and nursed it like another child. One day in a revival service, God finally broke through my icy heart and began to deal with me on this issue. I had to let go of this hurt and apologize to the person for the near-hatred I had carried in my heart against them. They were stunned – not even realizing I had been so devastated by their response to me. It was then that I realized the truth of the fact that clinging to unforgiveness does nothing to hurt the person we are angry at — it only hurts us! Even if the person does know we are angry with them, our hearts suffer 10 times more than theirs.  God cannot use a cold heart. He cannot use a man or woman in his work who does not want to follow him in this path of forgiveness. He blazed the trail before us. There is nothing that touches us that has not already touched Him. He knows betrayal, abuse, and words spoken in anger. He can identify with it all and He chooses to forgive. Can we get by thinking we are better than God?

Please join me in praying for soft, pliable hearts that may bleed more readily, but are joined ever closer to the heart of God when we are struck. Let’s spread the fragrance of Christ as we offer forgiveness where it is undeserved and relish the mercy and grace lavished on us as a child of God. Forgiving is hard. But God’s power is made perfect in our weakness. He stands ready to help if we will only ask!  In fact, I think I need to go talk to Him right now….