Giving God Back His Greatness 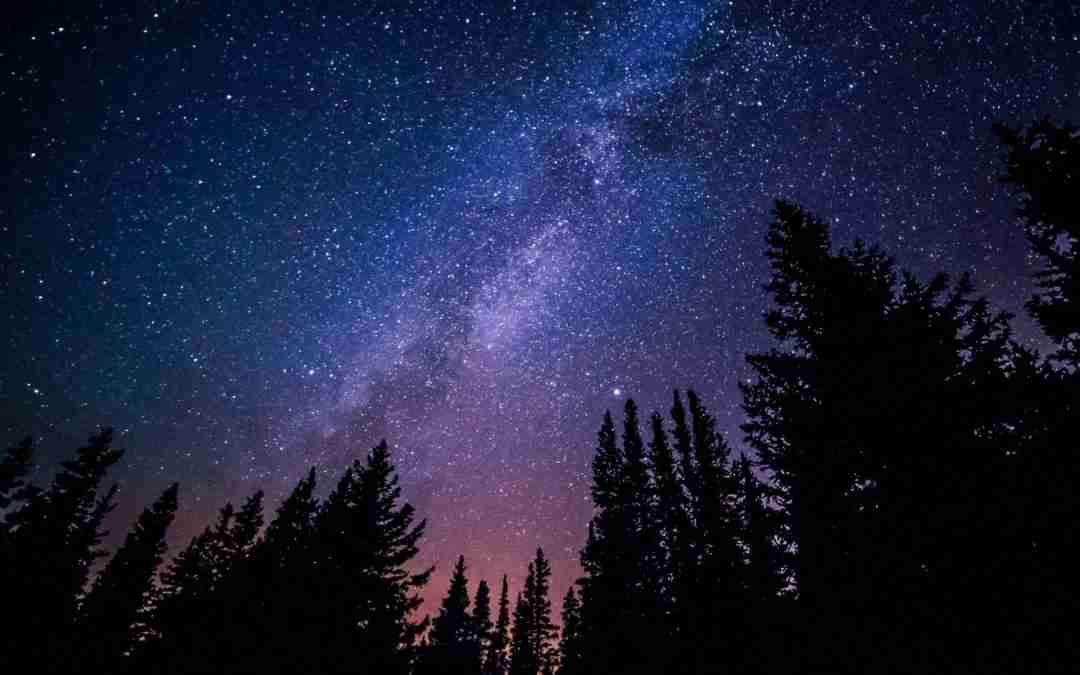 I love being outside.  It clears the head of all the clutter that can collect over time.  It creates a space that I can unload all of that clutter, sort through it, and trust God to help me put it all in order.  Being outside just helps me connect with just how great God is.

Maybe that’s why I love hunting so much.

It’s great to climb down out of the tree stand as the moon and stars begin to reveal themselves and dusk gives way to the night sky.  I just gaze at them in wonder once my feet have hit the ground.  It strikes me with awe of the greatness of God and just how little I really am.

It reminds me of a story I have heard before about King Louis XIV.  Louis had been the ruler on the throne in France since he was four, giving him probably the longest reign on the throne.  He was a self-declared “Great Monarch” and referred to himself with the phrase, “I am the State”.  He seemd to be full of his own greatness.  But, just like all other members of the human race, Louis met death.

My guess is that he had given specific instructions regarding his funeral while he was still living.  It was just as grandiose in style as when he was living.  All was dark in the cathedral.  All except one lone candle that was placed just above his casket.

The human eye is typically attracted to the brightest thing.  So if it is all dark, then a solitary candle will be what most eyes are locked on to.

I think that might of been his point.  Even in death he was declaring his own greatness.  He was the state after all!

Bishop Massillon handled the funeral for Louis.  I would imagine that all was quiet as he stepped up to the pulpit just above the casket where Louis lay.  Super quiet, super dark except this one dramatic glowing candle.  The Bishop begins the service, bends down to the candle perched above Louis and snuffs the candle out.

The cathedral is dark.

He then echoes four incredible words…”Only God is great”

Only God is great.  Totally agree!

Only there are times when I don’t.

It is easy for me, and I don’t think I’m alone, to get wrapped up in myself.  I can look back on accomplishments and begin to think how I did such a great job.  And there is not anything wrong with knowing I did a great job.

But there is something wrong with taking greatness that does not belong to me.

I am so ridiculous jealous of David in Scripture.  He writes such beautiful songs that capture so eloquently and succinctly the greatness of God.  Check it out…

When I consider Your heavens, the work of Your fingers, The moon and the stars, which You have ordained; What is man that You take thought of him, And the son of man that You care for him? Yet You have made him a little lower than God, And You crown him with glory and majesty!  Psalm 8:3–5 NASB

It is God’s heavens that come to mind when I star gaze standing underneath my tree stand.  The moon, the stars, they are really incredible to just look at!

David, in his awestruck moment makes a remarkable statement about the moon and stars.  They are the work of God’s fingers.

Think about fingers.  They are small.  If I were to say I had to use only my fingers to do something, picking something up for example, the general understanding would be that I picked up something small.  It would be different if the verse said hand.  If I said I picked up something with my hand, it would likely be generally understood that it was something larger that would require my hand, including all the fingers.

But David just says the work of God’s fingers, not His hands.  In other words, the work of hanging the moon and the stars in the sky was but a flick of the finger alludes to just how great God is.  If all it took was God’s fingers, it must not have been a hard project.

Fun fact.  This is called anthropomorphism. It is attributing a human characteristic to God, in this case, fingers.  God is spirit.  But this gives us handles to understand just how magnificent and great God is.

Back to the story…

When David recognized and gave back to God the greatness that is God’s alone, David let go of whatever greatness he had for himself.   In light of God’s greatness, David’s was merely a fart in the wind (insignificant).

God only needed His fingers to do what you and I can observe at nighttime as awesome!  He only needed his fingers.

It puts into perspective you and I.

In the verse that precedes, David also writes that…

From the mouth of infants and nursing babes You have established strength Because of Your adversaries, To make the enemy and the revengeful cease.  Psalm 8:2 NASB

In other words, God uses the weakest to do some of His greatest.  God’s greatness is revealed through the weakest.  It is when God can work through the humble and the weak that He reveals Himself to us, and to those around us.

When we give God back His greatness, He takes all of who we are, our frailties, failings, and finiteness, and uses it all to do His greatest work!

All with His fingers!  (Maybe he only needs His toes for this one…just a little humor!)

But we have to give back to God what rightfully belongs to Him…His Greatness.

I believe that He would honor that.  I believe that His Holy Spirit that dwells within each of us would further empower us to be able to face any mighty enemy.  We would be well equipped to do some pretty amazing things for God.

God establishes strength to conquer the toughest foe through the weak and through our weaknesses.  It is in this that we find the greatest strength dwells within us!  And it is not our own.  It is all God’s greatness living in and through us.

When we fully admit just how weak we truly are, we reveal God’s greatness and give back to God what is rightfully His.

Here in a couple weeks, I get to take a hunting trip to South Carolina.  You better believe that I will be doing some star gazing as I get down out of the tree stand each night.  And you can also bet that I will be giving God the greatness He deserves!  After all, each of those galaxies stars, moons, and planets all are the work of His fingers.

If that’s just His fingers, just imagine what He can do dwelling within you and I?