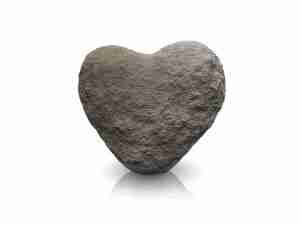 In preparation for teaching my kids in Bible Quizzing this week, I have been studying Pharaoh and his hardened heart. I discovered that in some places it says “God hardened Pharaoh’s heart”, in others it says “Pharaoh hardened his heart” as well as “Pharaoh’s heart became hard”. I did a little research because I can remember being puzzled as a child by the fact that God would harden someone’s heart and then hold them accountable for what they did. That just didn’t seem to line up with what I knew to be true about God. While God certainly would have every right (as God) to make a person do what he wanted, we see over and over in scripture that that’s not his way of doing things. He patiently waits for people to choose him and to do what is right. He never forces his will or his ways on anyone.   So in my study, I found a couple of interesting insights.

In the Exodus account we see Moses and Aaron approach Pharaoh 11 times asking that the people be allowed to leave.   Several other times, Pharaoh summons them to pray for him and remove the plague that God had sent to get his attention. In this we see God’s great patience with Pharaoh. He is giving him multiple opportunities to recognize that he alone is God, but Pharaoh refuses each time. In the end, it cost him his heir, his army and his nation’s prosperity.

I am talking to the children about what it means to have a hard heart and how important it is to not allow that to happen. We’ll be comparing Play-Dough that has been properly stored to Play-Dough that has been left out to dry and harden. One kind is usable, the other is not. Children by nature have soft pliable hearts. They trust and love with abandon. I believe that is one reason Jesus said we must become like little children to enter the kingdom of heaven. As we grow and experience the pain of life, we build walls around our hearts and even allow hardness to set in. There is nothing wrong with guarding our hearts of course – the Bible even admonishes us to do so:

“Above all else, guard your heart, for everything you do flows from it” – Proverbs 4:23.

But we often go beyond just “guarding it” and allow it to be hardened to the point of resisting God. I myself have been there when I have been deeply hurt or deeply disappointed in God (meaning God did not act in a way that I thought he should have). I’ve also seen it happen in the lives of others I have loved and greatly respected. Some of them no longer serve God or even believe in him. Their hearts are hardened in such a way that even when they see his love in others or miracles happening around them, they cannot accept it as coming from a loving God.

I used to love listening to the Christian rock group Petra in my teen years. They sang a song I especially loved about keeping your heart soft. Here are some of the lyrics:

Keep it broken before Jesus, keep it thankful, meek, and pure”

So how do we do that – keep our hearts thankful when life crushes us? How do we keep it childlike when we’ve been hurt and are afraid to trust or love again? Read that last line again – “keep it broken before Jesus – keep it thankful, meek and pure”. If we keep a proper perspective of who we are and who God is, if we can always find something to be thankful for (and there is always something!), we are on our way. The bridge to the final chorus says this:

“Let His love rain down upon you

Breaking up your fallow ground

Let it loosen all the binding

Till only tenderness is found”

I have found this to be true in my life. At the time when my heart was the hardest it’s ever been, it took his love raining down on me to loosen all that was binding me. When I responded to that love, tenderness began to flow again. It wasn’t overnight, but healing did come.

Pharaoh never did learn as far as we know. His stubborn pride and rock-hard heart cost him everything he held dear. It will be the same for us if we don’t allow God to keep our hearts tender before him.   Hebrews 3:13 says:

“But encourage one another daily, as long as it is called ‘Today,’ so that none of you may be hardened by sin’s deceitfulness.”

Sin is completely deceiving. Pharaoh thought he was being so wise when in reality, he was being so foolish. I can see in my own life too how pride has kept me from so many blessings. I want to encourage each one reading this today. You can stop right where you are and choose to let go of what is keeping your heart hardened. Come to God – talk to him about your pain, fear, and disappointment. He already knows and is waiting to bring healing! Don’t let sin’s deceit keep you hard-hearted like Pharaoh. Change may not happen immediately, but God can only work in a soft heart. Let him work. Blessings await!