If it’s good to wait, then why is it so hard! 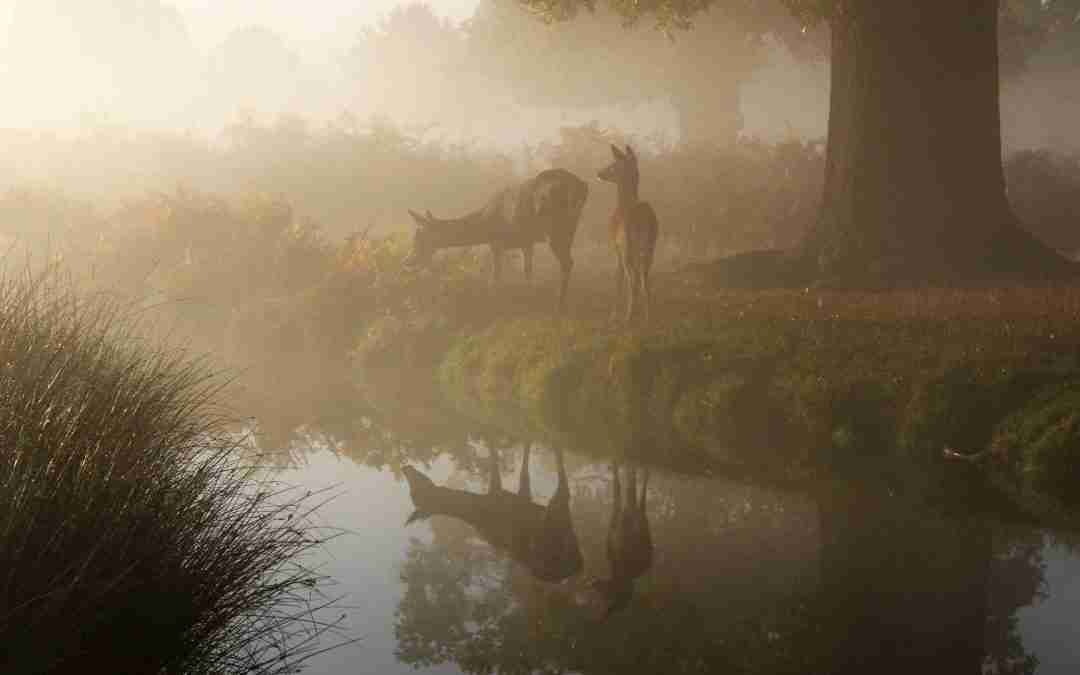 Waiting is a learned behavior – and it is so not fun

We have to learn how to do it and do it well. I think for some, it can come through genetics. There are “those” people out there that somehow have an inordinate capacity to wait. It’s effortless for them. It comes easy for them.

It makes me sick. But I will digress before I get myself into trouble.

So why write a blog post about waiting? About being patient? There’s a lot of really good biblical reasons I could give. And I might just give a few of those. But today, well today was a bit of a challenge for me. Today I had the day off. And it’s archery season for deer. Can you take a wild and crazy guess as to where I was at 6:55 am?

Not in bed I’ll tell you that!

I was in the tree stand. Camo’d up! Dressed warm. And smelling like, well, like nothing! Deer don’t like human smell so I bathed in a special soap so as to dispose of my deer offending, human scent. Implication – I was ready for the hunt.

I wasn’t in the stand more than thirty minutes before the wild ride that was this morning ensued. Thirty minutes and I had four doe in the small field that held a small pond. I was already pumped before, but even more so now! I watched these four doe meander around for another thirty minutes, making their way slowly to the trail that led right by my stand. I hadn’t made my mind up if I wanted to shoot one. I was just watching, hoping that they would walk by me.

And for a while it appeared they would. But one of them put the brakes on. Great, I thought! They must of winded me. My special soap that disposes of my deer offending human scent obviously failed. But as they stood, frozen, I noticed something emerging from the thicket about ten yards in front of them, roughly thirty to thirty-five yards from me. This would be an important number.

I just about soiled my britches when I saw what it was that stopped the doe. It was the biggest buck I’ve ever seen from the stand.

Now, I know that hunters, like fisherman (and pastors) can exaggerate a story. They can tell it like it’s this epic movie trailer. And you might suspect that’s the case here. And while I’ll add some embellishment to the story, I assure you, it is not exaggerated.

This was indeed the biggest deer I had ever seen from a tree stand.

I started to get the shakes. Literally my knees began banging against each other. My heart felt as though it was going to pound itself into my throat. No longer was I even remotely cold.

This buck came the rest of the way out of the thicket and stood broadside to me, offering the most beautiful of picture, and the perfect angle for a shot. His head was turned away from me. He was watching the four doe. Better stated, he was distracted by the four doe.

Better for me! As he was watching them I got my bow ready. In my mind I hadn’t calculated the risk of taking a long shot with a recurve bow. All I saw was the, say it with me, the biggest deer I ever saw from the tree stand! I started to draw back several times, but stopped, unable to bring myself to take the shot. Reason? It looked long. Too long. I’m not a bad shot. But I don’t routinely practice shooting my recurve bow at thirty-five or forty yards. I like being a little closer before I shoot.

So I watched only. Oh, and I almost cried I think.

I watched him for about seven minutes as he kept his eyes on the four doe. I imagined shooting him at least a dozen more times. But I never drew the bow back.

I was gonna wait.

And he was gonna chase the doe.

My hope was that the doe would bring him back around to me. That didn’t happen. Instead I had two more doe come in. And with them another buck. This time a smaller eight point. But nothing too small mind you! So I geared up ready again! But he never got closer than forty yards.

I had another doe come by me about twenty minutes after the eight point. And behind her was, you guessed it, another buck. Only this guy was a little four point. Smaller than the other two bucks, but he was going to walk right by my stand.

Now I had a tough decision to make. Do I shoot him? Or do I wait? I had already waited once. Do I wait again to maybe get a chance at the biggest buck I ever saw from the stand?

I drew back on this littler buck, held it for a moment. And I watched him come right by the front of my arrow and right by, crossing the creek to my right. I never shot. I passed him up.

It is so tough to wait

But it was the wise thing to do. The shot at the big buck would have been too long. After getting down from the stand, I stepped it off with my short legs and came up with thirty-nine steps. Translation? He was likely forty-two or forty-three yards away. A long shot for this recurve hunter. I could have wounded him, never to see him again. I could have missed him completely and spooked the other deer and never had another shot at any of them.

Same with the smaller buck. He was young buck and better to let him grow a few more years than take the shot, even though it was only ten yards in front of me. And I didn’t know about this other big buck? There was still a chance he could come back around to me. Shooting the smaller buck, only to have the bigger buck come back around would, well, stink.

A lot worse than human scent to a deer!

There are several stories I could share that show it is better to wait on God. Through the Holy Spirit, we have this indwelling sensor that alerts us to when we ought to wait. It’s that feeling that we know we should wait, but we don’t want to. It’s tension that gets our attention and requires decision.

For instance, King Saul in 1 Samuel waited initially, but grew impatient, along with his men, waiting for the prophet Samuel. So he offered the sacrifices himself. This didn’t make God too happy.

Abraham had waited years for the fulfillment of his promised son Isaac. With each passing year, he and Sarah grew older. So Abraham took matters into his own hands and had a child through Hagar. This wasn’t God’s will. Abraham was to wait.

So what do we do while we wait

While we are waiting it is important to note note only what God is doing within us, but what we know about our relationship with God. Just because we are waiting does not mean God is far away and aloof, unaware of our current predicament. He is just as near as he was before.

God also loves us. His love is immutable, that is, unchanging. He loves when we show we are patient and when we throw a fit because we don’t want to wait.

What has always been significant for me was knowing that while I’m waiting, not waiting for the biggest buck I ever saw, but waiting for God to meet a legitimate need, I find that my need is already met. It’s met because in Christ, I already have all that I need, even when I feel my legitimate need is mostly unnoticed.

Paul expressed this best in his letter to the Philippians church.

Phil. 4:19 My God will meet your every need out of his riches in the glory that is found in Christ Jesus.

This is impossible to do, without the Holy Spirit that is. We can only have this strength, this insight, this inordinate capacity to wait, when we lean into God.

My deer hunting ended unsuccessfully, but still had a favorable outcome

I climbed down out of the stand, packed my gear up, and headed for the car. As I walked, I was already thinking about the next morning that I’d be able to hunt. I was glad I waited on both deer.

I reminded myself that this was an opportunity to grow. I think that while growth can come in the big things we wait for, the more common and steady growth happens in the smaller, more ordinary things. It’s the typical that train us and get us ready for the big things.

Oh, and I’m going out tomorrow morning to hunt again. Maybe, just maybe I’ll get a shot at the biggest buck I ever saw from the stand!

Last couple of weeks we've talked about Nehemiah and how God honors initiative. We saw how God softened King Artaxerxes’ heart toward Nehemiah and gave Nehemiah time away from his role as cupbearer. The king also provided financial assistance to rebuild the wall surrounding Jerusalem. Nehemiah turned to God in prayer at each step, seeking His heart and then moving forward, taking the initiative. bucyrusnazarene.org/sound-the-alarm/ ... See MoreSee Less