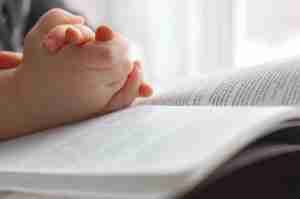 You know how you read passages of Scripture again and again, and just sometimes words or paragraphs just jump out at you? Well, that happens to me as I’m sure it does to many others.

Today’s “spot reading” landed me in the book of Romans, and, more specifically, chapter 10. I’ve referenced this chapter before in my writings for the daily devotionals. It was the chapter that I had specifically picked out when I visited my critically ill father in the hospital and led him to Christ.

The Apostle Paul is the author of the book of Romans, and he was concerned zeal that Israel showed for God was misguided. They had a zeal for god, but “not according to knowledge” (Romans 10:2)

In other words, it was turning into “religion”, not the relationship that God desired. Israel sought to establish their own righteousness through works, which are a form of religion. That is what a religion does. It tries to establish its own righteousness, its own rules, its own right standing with God. In other words, it tries to displace God. Paul called them ignorant for their actions.

They did not see that faith in Christ being the real sacrifice for their sins under the New Covenant was an end to the works of faith and to the law.

Romans 10:4 Christ is the culmination of the law so that there may be righteousness for everyone who believes. (NIV)

The keys are so simple: believe and have faith.

These are God’s words. When they are spoken and acted on by faith, they always release His power.

How do we receive faith? What helps us to believe? This too is simple…it’s the word of God.

Romans 10:17 Consequently, faith comes from hearing the message, and the message is heard through the word about Christ. (NIV)

If faith and belief in God’s word is consistently preached, we will have faith, and we will believe. It’s as simple as that.