It’s all in how you see others 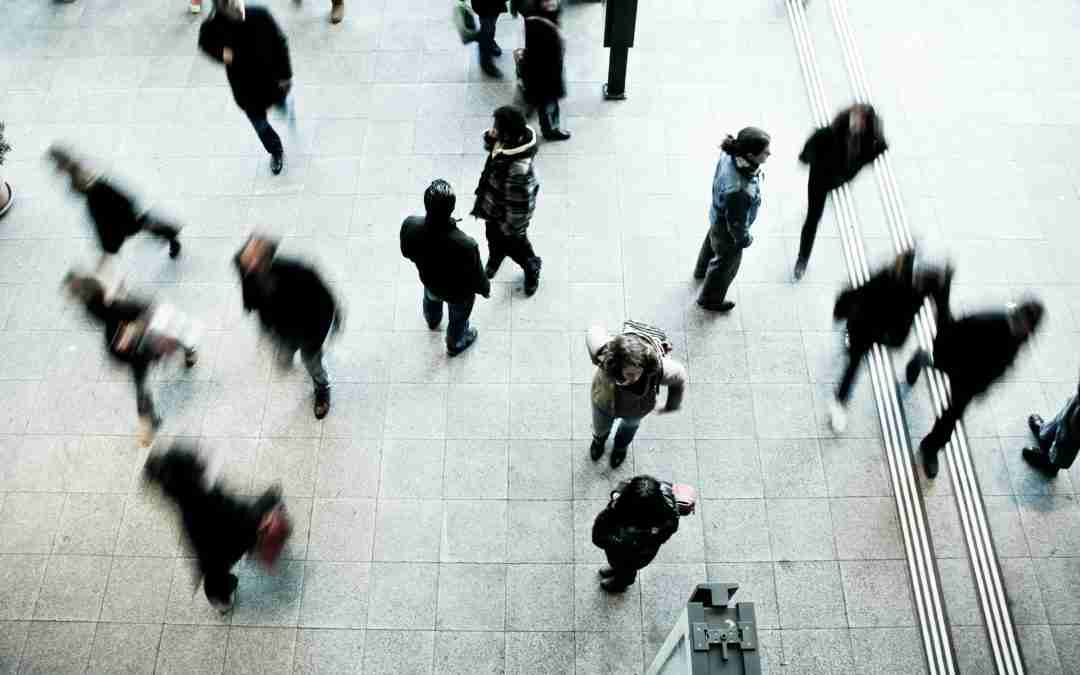 We’re continuing a series on individuality. God made us unique, but we are also collectively part of one body, being created in the image and likeness of God.

Last week we talked about how God made us in His image, and not only that, but we are royalty. God didn’t create something not good enough or unworthy. We are marred by the fall in the Garden of Eden. But as Christ-followers, we are actively being restored by the Holy Spirit. He is restoring the original image we were created in, and He does so each time we respond obediently to Him. Little by little more of that image shines through, revealing more of God’s nature.

The bottom line was this; instead of negative self-talk, why not look at ourselves from God’s perspective as His perspective is very different from ours. While ours is affected by feelings, emotions, and Satan, God sees what we can be, not what we were. And that means we treat the next person as a fellow image-bearer.

This week we’ll explore that idea as we look at the calling of Matthew. Matthew was a Jewish tax collector for the Roman Empire. This was quite the problem because the Jews hated the Romans, and the feeling was mutual for the Romans. A little history will help with this.

When conquering another land or nation, Rome would typically force the inhabitants of said land to honor the religious beliefs of the Romans, which included the worship of multiple gods. This would be a problem for Jews. But Rome also valued things of antiquity. And the Jewish worship of Yahweh would fall into that category. So Rome allowed the Jews their religious freedom but would charge them to continue to live and worship in their own land. And the charges came by way of taxes.

Being a tax collector was terrible enough, but being one that was Jewish? Well, that would render one a traitor. And that’s most likely what other Jews thought about Matthew – a traitorous, lying thief too far for God to save. Remember these thoughts. They will come up again, only not in the way you think.

Anyway, that’s likely what the Pharisees thought, and most others as well. But it’s that very point that makes Jesus’ command to Matthew to “Follow Him” even more remarkable. Jesus crosses a barrier few, if any, would consider. Check it out for yourself.

Matthew 9:9-13 As Jesus went on from there, He saw a man called Matthew sitting in the tax collector’s office; and He said to him, “Follow Me!” And he got up and followed Him. Then it happened that as Jesus was reclining at the table in the house, behold, many tax collectors and sinners came and began dining with Jesus and His disciples. And when the Pharisees saw this, they said to His disciples, “Why is your Teacher eating with the tax collectors and sinners?” But when Jesus heard this, He said, “It is not those who are healthy who need a physician, but those who are sick. “Now go and learn what this means: ‘I DESIRE COMPASSION, RATHER THAN SACRIFICE,’ for I did not come to call the righteous, but sinners.”

So Jesus crosses the barrier, extends an invitation to Matthew, and Matthew responds! Brilliant! Matthew leaves a lucrative life for one that is more abundant, just in a different way. And not only that, but it seems that Matthew brought others in. He records Jesus eating dinner with “many tax collectors and sinners.”

The Pharisees take notice of this. You can almost hear their scornful words as they spit them out.

“Why is your teacher eating with….’THOSE PEOPLE’? They’re unclean. Doesn’t Jesus know who ‘THEY’ are?”

Jesus knows what’s going on and rebukes them as only one teacher can do to another. He uses a doctor-patient analogy and then quotes a verse the Pharisees ought to have known. They might have had it memorized, but they completely missed the meaning.

They were all about outward appearance. Jesus was all about the inward response. The passage Jesus quoted was calling for love and compassion, not for cold obedience. It was a matter of the heart.

And it’s a matter of our hearts today as well. I’ve said it before, but we are never really standing still. If we aren’t intentional, we will drift. And we tend to drift in the direction that offers the least resistance. What that means for you and me is this; we can be Pharisees if we aren’t careful, looking down on others. The Pharisees took advantage of Scripture and used it to look down on others during their time.

The warning is this; it’s easy to drift toward sizing someone up in the first 5 seconds we see them. It takes being intentional to choose to see them as a fellow image-bearer. They were created in the same image and not any less deserving than you or me.

And I think that’s also part of Jesus’ point.

Nobody is right with God without Jesus. Jesus saw past who they were and courageously called and confronted them because he loved and believed in what they could be.

Matthew took that idea to heart, I think. And I think that because it’s his Gospel. He wrote it. And nowhere does Matthew call himself a traitorous, lying thief who is too far gone to be saved. Nowhere does he mention this. Why?

And that ought to be our response as well.

We all encounter people everyday. People we know and people we don’t. Some are family, some friends, some acquaintances and still some strangers. But they are all created in the image of God. Yes, sin has marred that image. So…let’s put on display what the image ought to look like the best we can! You and I can set that example. And when we do, like Matthew, we can lead others to not a lucrative life, but one that is far more abundant!