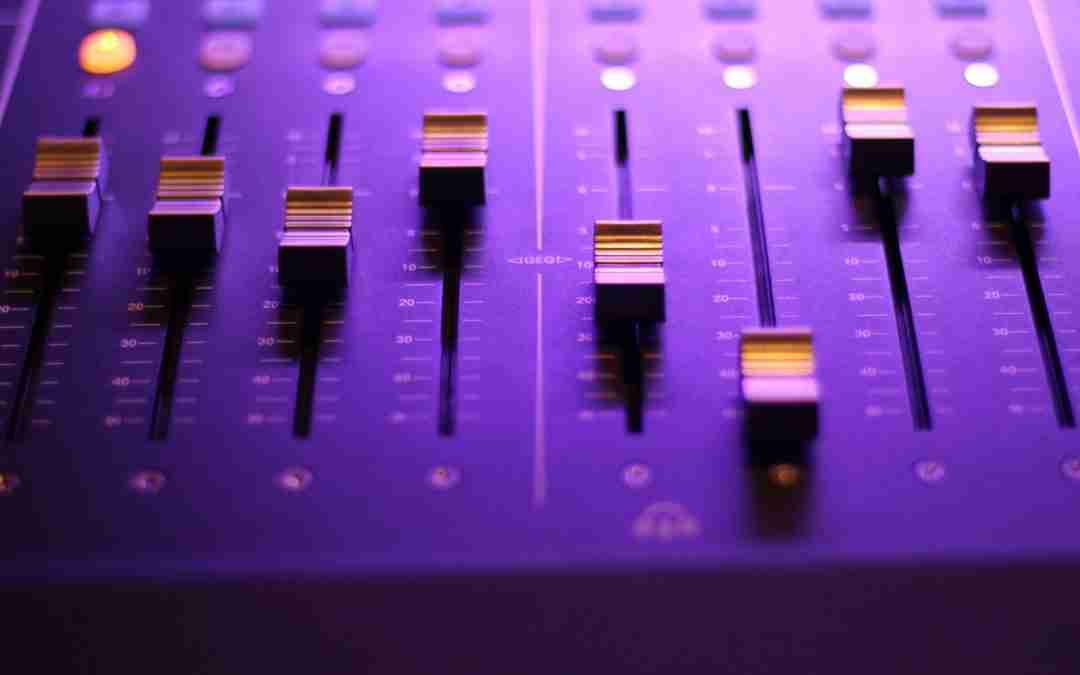 Have you ever tried to learn something new? I’m sure you have! It’s something we all have in common.

Take learning to run a soundboard in church. Thirteen years ago, I hadn’t even touched a soundboard. Today, I couldn’t count my hours behind the soundboard. I remember the very first concert I had to mix on my own. I felt pretty confident going in, but I was even more confident going out! It was a fantastic concert, and I felt super confident afterward in what I knew about mixing sound.

At my next concert, however, I realized I had much more to learn. Like a lot! And not just about sound. My problem was once I believed I knew everything about running and mixing sound, I left no room to learn anything new about running and mixing sound. This had another negative effect. I left an open door for pride to make itself welcome, which made learning anything else tricky. Why? Pride said I already knew what I needed to know.

John the Baptist’s story is one I find so intriguing! His role was to prepare the way for Jesus to come. He was preaching a message of repentance and baptizing people. John had followers and disciples. We know this because he got the attention of the Pharisees. Trust me, they would take notice of a significant following! So they questioned why he was baptizing, if he was Elijah, another prophet, or even the Christ! John repeatedly responded, taking the spotlight off himself and placing it rightly on Jesus. Even when his disciples asked him about Jesus and His ministry, John responded in like kind.

John replied, “A person can receive not even one thing unless it has been given to him from heaven. “You yourselves are my witnesses that I said, ‘I am not the Christ,’ but, ‘I have been sent ahead of Him.’ “He who has the bride is the groom; but the friend of the groom, who stands and listens to him, rejoices greatly because of the groom’s voice. So this joy of mine has been made full. “He must increase, but I must decrease.” John 3:27–30 NASB

Quick explanation: Weddings in those days were huge! And what we call the best man is what John defines himself as. The best man in those days would oversee the details of the wedding. Think of a Master of Ceremonies type of role. He was even responsible for bringing the bride to the bridegroom so the wedding ceremony could begin. Once this task was done, he stepped out of the way. The focus was not on him and shifted to the bridegroom.

Implication? John sees himself as the best man and is ready to step aside.

So what happened after this? Well, the short version is most of John’s disciples left him to follow Jesus. John could have been all defensive about this, but nope! Instead, he simply says, “He (Jesus) must increase, but I must decrease.”

The thing is, John wouldn’t have gained this incredible insight with my response to learning the soundboard! Why? There wouldn’t have been room for him to learn something new because he believed he had already learned all he needed. John took a better approach and left room to learn more because he was humble.

Back to the soundboard

It took me a while and patience on the part of those around me, but I feel like I’ve turned the corner on the ugly kind of pride and not leaving room to learn something new. That statement doesn’t mean I’m not tempted to slip into old habits. Of course, I am. But, to paraphrase the Apostle Paul, it’s in that weakness I know the Holy Spirit shines His power most in my life. I’ll struggle, but I’ll struggle well.

Here’s the take-home – Learning new things about Jesus changes us! But those changes won’t happen if we don’t leave room to do so. And that takes a humility that John the Baptist models so well. So be humble. Leave room to learn more. You’ve not arrived. You still have more to learn! Make some room!