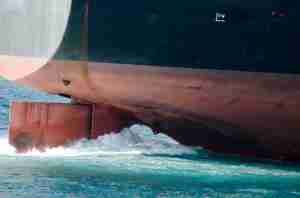 James 3:5 Likewise, the tongue is a small part of the body, but it makes great boasts. Consider what a great forest is set on fire by a small spark. (NIV)

My last devotion concerned the power of the tongue and how we are sometimes entrapped by the words that we speak.  In reading today’s chapter of Proverbs, I found that it has many verses concerning the tongue and the pain it can inflict.

One of the Bibles that I use is a Dake Annotated Reference Bible.  Along with Scripture, each page is bookended with notes on those Scriptures.

Today’s Scripture that I keyed in on was Proverbs 17: 4-5, which reads:

A wicked person listens to deceitful lips; a liar pays attention to a destructive tongue.  Whoever mocks the poor shows contempt for their Maker; whoever gloats over disaster will not go unpunished. (NIV)

The footnotes to these Scriptures in my Bible gave this commentary:

Notice that each one of these sins involves the tongue!  Let’s take a look at them individually.

1.  Lying—the telling of lies, false statements, untruthfulness,  being deliberately untruthful.  The Bible says that lying is a sin.  It is displeasing to God.  Think back to the Garden of Eden.  Eve was told a lie.  There’s even a Commandment about not lying (“You shall not bear false witness against your neighbor”—Exodus 20:16).  Remember Ananias and Sapphira?  They paid for lying with their lives!  It’s never right to lie.

2.  Deceit—concealment or distortion of the truth for the purpose of misleading, fraud, cheating.  Deceit is much like lying, but it includes not only words, but actions that are intended to make people believe things that are not true.  We might think about these as “false promises”.  Sometimes people make promises that they have no intention of keeping or know that when they make them, they cannot keep them.  In Genesis 29, Laban deceived Jacob by giving him Leah instead of Rachel, when Jacob had agreed to work seven years for Rachel.  Moses was deceived by Pharoah in the book of Exodus by thinking that Israel would be set free after the plagues were removed from Egypt.  It didn’t happen.  The old adage “actions speak louder than words” is certainly true in both of these instances!  It’s never right to knowingly deceive.

3.  Mockery—to ridicule or imitate in a ridiculous manner, to treat with contempt.    In the book of Acts, the disciples were mocked on Pentecost, with the people supposing that they were drunk on “new wine”.  Jesus was mocked by the soldiers before He was crucified.  In 2 Kings, two people who mocked the prophet Elisha met with a bad end as a result of their mocking.  According to the verse in Proverbs above, mocking someone shows contempt to God.  After all, we are made in His image.  Mockery is making fun, and in its true form, it’s NOT funny.  Mockery causes hurt and anger.  It’s never right to mock someone.

4.  Gloating—to look at or to think about with great or excessive, often smug or malicious, satisfaction; to voice such.  In Genesis 9, Noah’s son Ham gloated over his father’s sin.   You could say that the Pharisees and Sadducees gloated when they thought that they had silenced the voice of Jesus.  We might also think about gloating as taking pleasure in someone else’s pain.  Perhaps someone has hurt us.  We find out that something bad has happened to them.  Sometimes our immediate reaction is “well, they deserved that”.  But, as Christians, it’s wrong for us to gloat over the misfortune of anyone.  Jesus told us in Matthew 6:44 to love our enemies.  It’s never right to gloat about someone’s fall or failure.  We are to grieve, not gloat!

Yikes!  How many times do we find ourselves guilty of any of the above?  To be sure, none of us are “super saints”—we are all sinners saved by grace.  Any of us can stumble at any time.  But through God’s grace…and His infinite mercy and love for us…there is forgiveness.  And forgiveness isn’t just a one-time deal.  It’s there whenever we need it.

So, what’s the solution?  Well, let’s look to the Bible again:

And not only should we think on such things, we must train our tongue, that “littlest member” of our bodies, to speak of such things as well!