Me and My Blackberry Thoughts 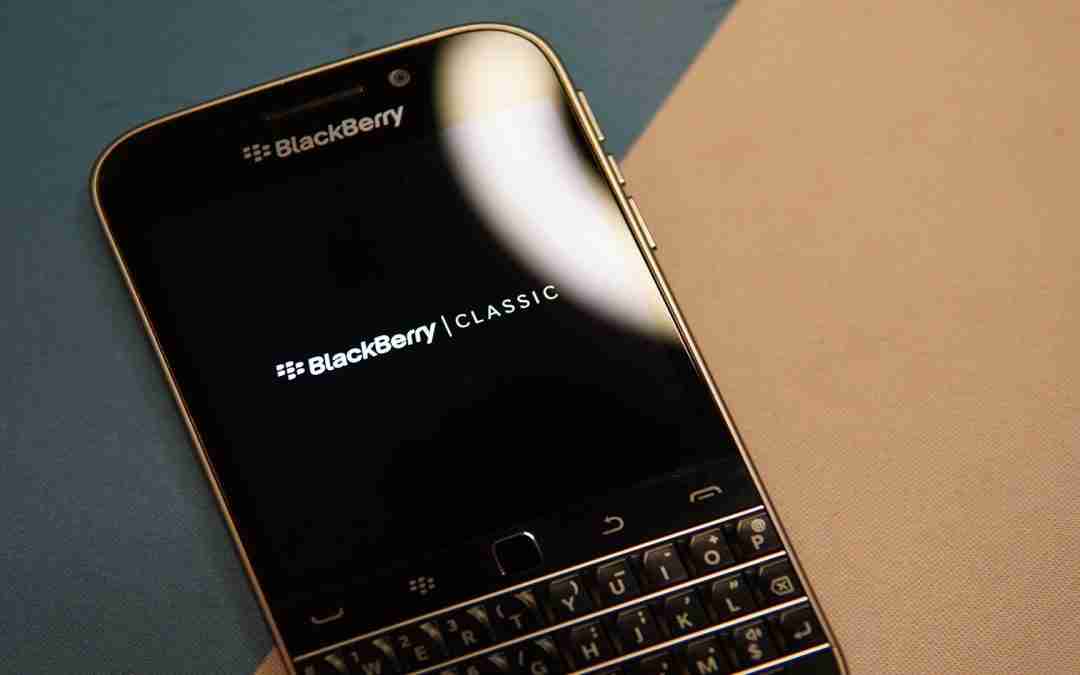 I miss my Blackberry.

Immediately in that statement I reveal two things about myself. First, my inner geek comes out. I mean, come on! Who uses cell phone with a hardware keyboard anymore? Only a geek would do that. Only a geek would WANT to do that. Second I reveal my age. Yea, I’m getting older. And that reality came when I mentioned the idea of a landline to my daughters during dinner a few weeks ago to which I got the question…

Oh my goodness. My girls don’t know the thrill of talking on a phone that is wired! Or life without Google.

I’m getting off topic.

Oh yea, right! I was a talking about missing my Blackberry! This wasn’t the case last week. But last week I didn’t realize that Blackberry had made another cell phone with their iconic hardware keyboard that runs Android.

When did this happen and how did it happen without me knowing it? This is like discovering you stashed a hundred dollar bill in a back recess of your wallet. It’s like finding something valuable you lost. It’s like getting married and having kids.

I had abandoned my beloved Blackberry for an Android years ago when they moved to a keyboard that was touch screen. Then I moved on to an iPhone. And that’s where I’ve been ever since. And I’ve been content.

Until this little hidden gem came to my knowledge. And for a geek who was in love with his Blackberry with a hardware keyboard (I really miss that keyboard) it’s been on my mind…like a lot! Like probably too much!

For instance, yesterday it was all I could think about when I was a supposed to be getting things ready for our church opening up again this Sunday after the COVID-19 quarantine. Every time I opened Google Chrome to look something up, or check email, or get into another machine on my network, I would somehow lose control of my fingers. And they would somehow type in the address to Blackberry’s website.

I wish I was making this up.

Then the rationalization starts going into overdrive. I could use a new phone. I mean, I’ve had the same iPhone since 2013. It’s seven years old. And it’s not as fast as it used to be. And it’s just old. And it doesn’t have a hardware keyboard. And I could sell it and use that money for that Blackberry….

And I’d have to pull my attention back to the task at hand.

Can anybody else relate to what I’m saying? Not the geek level stuff of a Blackberry, but something being that captivating that it consumes so much of your thoughts.

There is a real danger here. We could talk all about being content with what we have. And that would certainly apply here. But I’m more interested in just how distracting this was. Specifically, how my thoughts were captivated, derailed even!

Notice that was past tense. You’ll find out. Just keep reading. God un-derailed me!

We all find ourselves distracted. We all find our thoughts consumed by something else. I don’t care how much of an attention span you have. It happens! The context changes, but the concept is exactly the same.

Something has consumed our thoughts. And it’s not healthy.

What consumes our thoughts controls our behaviors.

You need to write that one down somewhere. I don’t take any credit for it. It’s just that good.

Yesterday, my behavior was controlled by my thoughts. I experienced it first hand. I wish I could say that was the only time that’s happened. It’s not. And if you are honest with yourself and look back, you’ll discover the same.

Thoughts are powerful. It’s a good thing that only God can know them. Satan can plant thoughts, but he can’t read them. However, he can act on our response to thoughts.

Here is a great example. Start thinking about your favorite food. Mine? Lasagna. Hands down. The idea of all that cheesy goodness oozing down the sides. The saucy mixture of beef, pork, and marinara. And the sort of crispy crunchy edge of pasta and cheese that somehow form a bond of gloriousness.

Hungry yet? Wanna head out to get some lasagna?! I do! I just sent a text to my wife asking about getting Italian take out tonight!

The Apostle Paul was well aware of the power of our thoughts. In case you don’t know, Paul, who was a once Saul, persecuted the early church. He was not a Jesus lover.

But Jesus had other plans.

So He knocked Saul off his high horse and pointed him in a new direction. To be a missionary. Oh, and Jesus renamed him Paul. Because Jesus can just do things like that!

So Paul, who was a once Saul, became a force for Jesus starting churches all over where churches didn’t exist. Paul wrote most of what we call our New Testament. And he did so in the form of letters he wrote to churches he had started.

One of those churches was in a city named Corinth. Now you’ve got to know something about Corinth that helps us here. It was after Paul left the city of Corinth that he began writing letters to them. We have two of them — 1st and 2nd Corinthians. 1st Corinthians gives insight to challenges new believers were facing. New converts were torn between old ways of living and new ways of living. In fact 1st Corinthians is Paul’s response to the Corinthian church’s own letter to Paul asking for clarification on some of these issues.

2nd Corinthians, where we will be looking today, Paul is affirming the church, but also defending himself. There’d been false teachers influencing the Corinthian church who’d assaulted Paul’s character. It is here that Paul gives some great insight to the power of thoughts, particularly discerning them.

He begins chapter 10 with a defense of himself then moves into a reminder that while we are physical human beings, the war is a spiritual one.

2nd Corinthians 10:4 for the weapons of our warfare are not of the flesh, but divinely powerful for the destruction of fortresses.

This is spiritual war — and yes that includes our thoughts. It can’t be fought with swords or clubs or nunchucks or whatever weapon we can hold. Rather they are fought with a spiritual weapon. Prayer.

2nd Corinthians 10:5 We are destroying speculations and every lofty thing raised up against the knowledge of God, and we are taking every thought captive to the obedience of Christ,

Remember, Paul is defending the truth of God against the lies of the false teachers. That is the context of this passage. But the concept! Oh the concept so applies to our thoughts today!

Thoughts can take us places we ought not to go. For me recently, it was buying a cell phone that I can live without. I don’t need to spend the money right now. But those thoughts were also taking me away from a focus on Jesus. They were distracting, pulling me away from Him. I had thought more about a Blackberry cell phone in a single day than I had thought about Jesus over the previous two!

It was a serious distraction. Anything that takes that much thought away from Jesus is awful close to an idol if not already. They were so distracting that I had to “take them captive”. And therein lies the weapon.

Prayer is more about inward change. It’s not so much about changing our circumstances, but changing how we see them, what we think about them, and aligning those thoughts under Christ. This is “taking every thought captive to the obedience of Christ”.

It is doing what Paul wrote to the church in Philippi. Remember, the dude wrote a lot of the New Testament in the form of letters. Including a letter to the Philippian church

That word think is a pretty cool word. In Greek it means…wait for it…to think! Mind blowing, right? But it’s more than that. It is an imperative command that Paul gives. And it’s not just a command to follow once and we are done. It’s an ongoing command! Pretty cool right?! That Greek verb indicates an ongoing thinking on those things.

It is our responsibility to take our thoughts captive as they enter our minds. We get to choose which ones we dwell on and which ones we don’t. They make a big difference in how we behave.

Admittedly, my Blackberry was just a cell phone. Yes a distraction from Jesus. An idol? Momentarily. The Holy Spirit was quick to slap me in the back of the head to get my attention. But thoughts go so much deeper than this.

Your relationship with God.

Pretty heavy? Yup. You’re right. That is heavy. But not any less true. And so it also goes with other subjects of thought in our lives. Thoughts are powerful. What consumes them controls our behaviors.

What about all those anxious thoughts — those thoughts that keep you awake at night? Those thoughts, those lies that tell you you are not good enough or not doing a good enough job. You don’t deserve God’s grace. God doesn’t love you. God can’t love you. You’ve been too bad. You’ve sinned yourself out of God’s family.

And Jesus died to bring you into God’s family.

See what I did there!

That single thought of something pure countered all those evil thoughts that would take you where you ought not to go. One single pure thought changed the course!

One single thought in the right direction changes a string of a hundred thoughts in the wrong direction. That means what God is saying through Paul is ridiculously important! We have to take our thoughts captive to Christ. Bringing them under His authority and his governing so that we don’t become distracted and pulled away. It is allowing Him to control that part of our lives. It means giving Him access to those thoughts. It means giving Him permission to them.

Let me ask you, what would be different in your life if you began taking your thoughts captive? What would change if you sought Jesus’ approval, His discernment?

What differences would there be inside of you if you transformed your thought life from one that was questionable to one that was honorable, pure, just, commendable, pleasing, of excellence, praiseworthy?

I’ll bet a lot of things!

We do this by practice. We start by taking a thought, when we recognize it as not honorable, captive. We take that captive, that prisoner of war, to Jesus and ask Him for help with it. And then give Him permission to change what needs changed in us and redirect us.

How this is lived out practically in your life will look different from mine. I write. I journal. And sometimes, when needed, I find a closet. Literally. I find a closet where I can get on my knees and seek His help.

Here’s what you’ll discover when you start doing this — You’ll find that it’s really more about what Jesus is gonna do through you to impact the world around you when you choose to shift your thought life to the Paul way — of taking thoughts captive and thinking on those pure and honorable things. You will see a difference.

How much of a difference is completely on you and how much you give your thought life to Him.

I gave my thoughts about a Blackberry up to Jesus. And as much as I would like to say I am ordering the Blackberry Key2, I am not. And I’m ok with that. My inner geek will still survive. I’ll keep using my iPhone.

Now go and do the same! That’s an ongoing command right there!