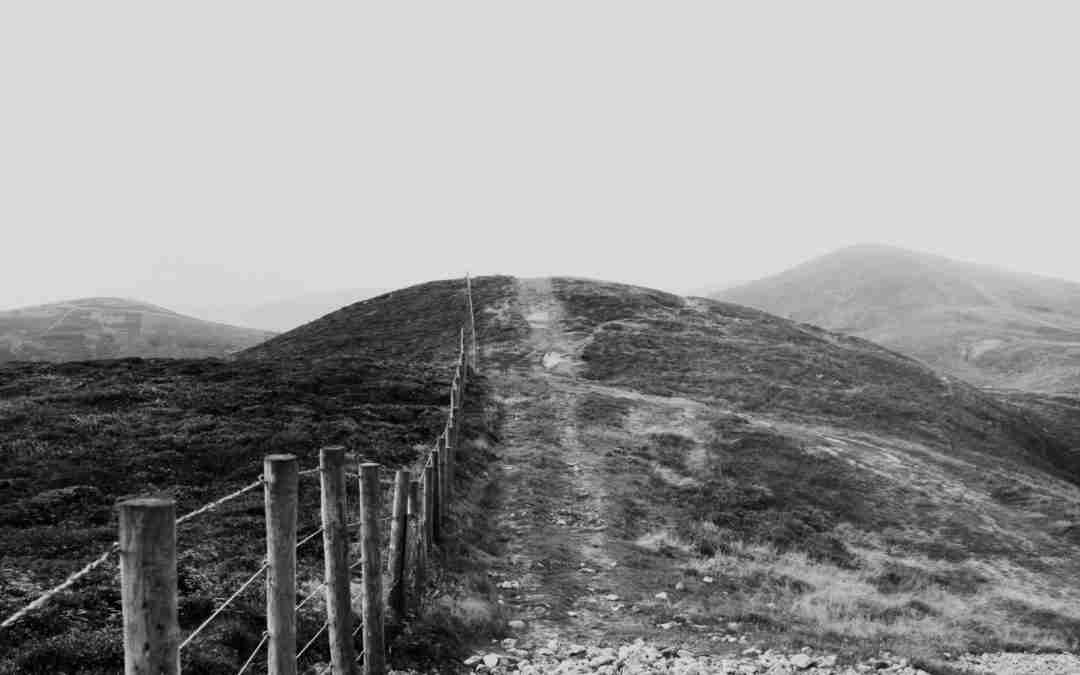 I have teenage daughters. There’s very little that scares me anymore. And having teenage daughters makes me appreciate my parents knowing they had a teenage version of me in their house for several years. Now THAT is scary for me to think about because I wasn’t always quick to listen and slow to speak, and quick to follow directions. I may or may not have pushed the limits a time or two, trying to open up the boundaries just a little more. And I might have been a little mouthy.

But I also attempted to find the limits on chores. What teenager wants to not only do chores but do extra? Right? I mean, I only wanted to do the minimum. In my mind, I was asking, “What’s the least amount of work I can do here, satisfying my parents’ requirements, so I can get back to what I wanted to do?”

But it wasn’t just as a teenager! As a young boy, I did the same in the shower. “What’s the minimum?” If you ask Nicky, she’ll tell you I still do that one today!

It’s not only teenagers

Not much has changed. There are still things in my life that I treat the same. I still ask, “What’s the minimum I have to do to satisfy the requirements?” It’s almost subconsciously processed, and I don’t catch myself doing it.

Take yard work. I don’t like it. Some enjoy mowing grass, landscaping, raking leaves, and pulling weeds. I wish I was one of those people. I’m not. Yard work falls into my question, “What’s the minimum I have to do to satisfy the requirements?”

For the record, this can drive my wife nuts. She’s a melancholy temperament, meaning there’s one way, and that’s the right way. She doesn’t care too much for rule-benders…And, um, that’s me. I say there are lots of right ways to do yard work, but I digress.

Fortunately, I’m not alone…In the minimum question, that is!

People challenged Jesus during his earthly ministry. Many sought to trap him or to try to prove him wrong. They all failed. But they kept trying. Like this guy – a lawyer who basically wanted to know the minimum obedience to satisfy God. Spoiler alert – there isn’t a minimum, but let’s not go there just yet. It’s story time!

Jesus tells him that’s right, now go and live that, do it, and you’ll live. The problem is, that wasn’t good enough for the lawyer. Remember, he wanted to test Jesus. But I think he also wanted minimums. So the lawyer asks, “And who is my neighbor?”

I can just imagine a twinkle in Jesus’ eye and a little bit of a smile as he chooses to not address the question directly. Instead, Jesus tells a story of a man traveling from Jerusalem to Jericho. Just so we all know, this wasn’t some easy journey. It was 17 miles on a treacherous road known for criminals and thieves to lay and wait for their next victim.

The man is jumped by robbers who strip him of his clothes (awkward) and his belongings. But that wasn’t good enough; the robbers beat him and left him half dead. A short while later, a priest travels on the same road, sees the man who was just attacked and beaten, and passes by on the other side of the road. Another man, a Levite, passes by, sees the victim, and continues down the opposite side, just like the priest.

Finally, a third man traveling down the road, a Samaritan, sees him and has compassion. So the Samaritan bandages his wounds transports him to an inn, and tells the innkeeper, “Take care of him.” instructing the innkeeper to charge his account (the Samaritan’s).

Jesus, still with a spark in his eye and a smile, asks the lawyer, “Which one was the neighbor?”

The lawyer was the one trying to trap Jesus. He failed and was put into a corner by Jesus with no answer other than the correct answer. The lawyer responds, “The one who showed compassion and mercy.” And Jesus says, go and do the same.

That’s what Jesus was saying to the lawyer and us. If we’re honest, we’ve been the priest or the Levite in that story. Sure we’ve been the Samaritan, but it’s tempting and easy to only do the minimum. The minimum is convenient, definable, and has limits. Boundaries are easy because they are definable.

We all should be asking that question. And if we only ask ourselves, we’ll not get a solid answer. Instead, ask the Holy Spirit. Invite him to come, search you, and reveal where you have minimums. And when he does show a minimum to you, submit, obey and ask for opportunities to press past the minimum. Then trust him to help you. He promised to do so.

So we say with confidence, “The Lord is my helper; I will not be afraid. What can mere mortals do to me?” Hebrews 13:6 NIV11

Going beyond the minimum is demanding, and sometimes it hurts. It costs us something – but then again, so did the grace, peace, and mercy we bask in daily. God will supply all that we need and all he asks us to do. We won’t always see the provision upfront. But that doesn’t mean he won’t be faithful.

I mentioned at the start that very little scares me because I have teenage daughters. That’s very true! But one thing that does scare me is regret. I never want to look back regretfully, wishing I could have done more, submitting in obedience to God. Looking back when I’m 75 and asking, “What if?” rattles me today.

So let’s do something different. Let’s imagine how different our world would be if we all pushed passed the minimum like the Samaritan did. We can do this because…

Get ready for 4-week series looking at Questions Needing Answered. Tomorrow, we’ll answer…"Where did I come from?"
… See MoreSee Less