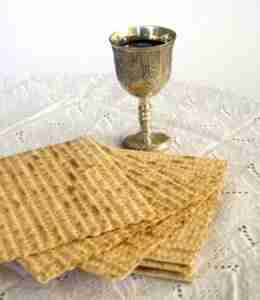 This coming week marks a series of important holy days on the calendar of the Christian church.  Beginning with Palm Sunday, each day has special significance.

Palm Sunday commemorates the arrival of Jesus in the city of Jerusalem. This story can be found in all four Gospels: Matthew 21:1-11, Mark 11:1-11, Luke 19:28-44, and John 12:12-19.  Many believed He was the Messiah, but there were just as many who did not believe that their King would enter into the city astride a lowly donkey.  Surely their King would enter in on a magnificent steed.  For those who believed, it was time of celebration.  Many waved palm branches, a symbol of goodness and victory.  Just as many threw down their coats before Him.  In Jerusalem, it was time for the annual Passover celebration, but more about that later.

The days between Palm Sunday and Holy Thursday each have a special meaning.  On Monday, Jesus returns to  Jerusalem from Bethany, where he and his disciples had likely been staying with Mary, Martha, and Lazarus.  His anointing by Mary had taken place here.  Jesus also drove the moneychangers out of temple on this day.  This story can also be found in all four Gospels:   Matthew 21:12–22, Mark 11:15–19, Luke 19:45-48, and John 2:13-17.   On Tuesday, Jesus is back in the temple, challenging the authority of the priests.    Jesus also taught on the Mount of Olives on this day.  All four Gospels support this story:  Matthew 21:23–24:51, Mark 11:20–13:37, Luke 20:1–21:36, and John 12:20–38. On Wednesday, Judas arranges his betrayal of Jesus with the high priests    We don’t  much about what Jesus did during this time, but it likely that He spent time with his disciples and friends. But it was likely that they were resting in anticipation of Passover.  But, more about that later.

On Thursday, the Passover Feast (Last Supper) takes place.  It is during this feast/supper that Jesus institutes the practice of Communion.  Jesus and the disciples go into the Garden of Gethsemane , is betrayed by Judas, arrested by the Sanhedrin, and taken to the home of Caiaphis, where the priests begin making their case against Jesus.  Peter also denies the Lord three times this day, just as He said he would.  Scripture records this in Matthew 21:23–24:51, Mark 11:20–13:37, Luke 20:1–21:36, and John 12:20–38.

Friday sees Judas taking his own life, Jesus being mocked, beaten, and sentenced to death by crucifixion.  He is nailed to the cross where He dies.  On Friday evening, His body is removed from the cross and placed in a tomb (Luke, Chapter 23).  Jesus has become the Passover lamb.  But more about the Passover later.On Saturday, Jesus’ body lay in the tomb guarded by Roman soldiers.  It was being prepared for burial.  While His physical body lay in the tomb, Jesus was conquering death, both physically and spiritually.  Saturday’s events are recorded in Matthew 27:62-66, Mark 16:1, Luke 23:56, and John 19:40.

Sunday morning sees the resurrection of Jesus Several women visit the tomb and discover that the stone has been rolled away.  Jesus appears at least five different times, the first time to Mary Magdalene.  Again, all four Gospels tell this story:  Sunday’s events are recorded in Matthew 28:1-13, Mark 16:1-14, Luke 24:1-49, and John 20:1-23.

Now, about that Passover celebration.  In BNC’s latest ladies Bible study, we are studying Beth Moore’s “Stepping Up:  The Psalms of Ascent”.  One of the areas we have been learning about are the feasts of the pilgrims who were returning to Jerusalem year after year.  One of the feasts that these pilgrims would have been celebrating would be that of the Passover, the retelling of the story of the Israelites freedom from the bondage of slavery to the Egyptians.

In the midst of her teachings, Beth Moore brought up an interesting concept.  The Bible tells us that God knows many events before they occur.  As part of the Godhead, Jesus would also have had foreknowledge that one day He Himself would usher in the new covenant by becoming the spotless Passover lamb to take away the sins of the world.  How many times, as a child, as a teenager, as a young adult, did He travel to Jerusalem on that pilgrimage with Mary and Joseph and think to Himself “My time is coming”?  He would have walked those same streets in the preceding years, knowing that in His thirty-third year, that walk would be His last.

To the people of Israel, the Passover represented freedom from the bondage of slavery.  After the death of Jesus, and the establishing of the early church, this celebration became symbolic of our freedom, as followers of Christ, from the bondage of sin.  In early times, the blood of a spotless lamb was applied on the lentil and doorposts of a house by using hyssop as a brush (Exodus 12:7).  The pattern of the application forms the top and two sides of a cross, symbolizing the crown of thorns and the nails in His hands.  It was said that the blood from the top portion of the door dripped down to the bottom of the door, which, in my mind, symbolizes the nails in His feet.  So just think…the application of the blood was a foreshadowing of all of the points where Christ’s blood was shed.  Christ, the perfect Passover lamb.

May we catch the vision of Jesus, the Passover, and the great sacrifice He made for us this Easter season.