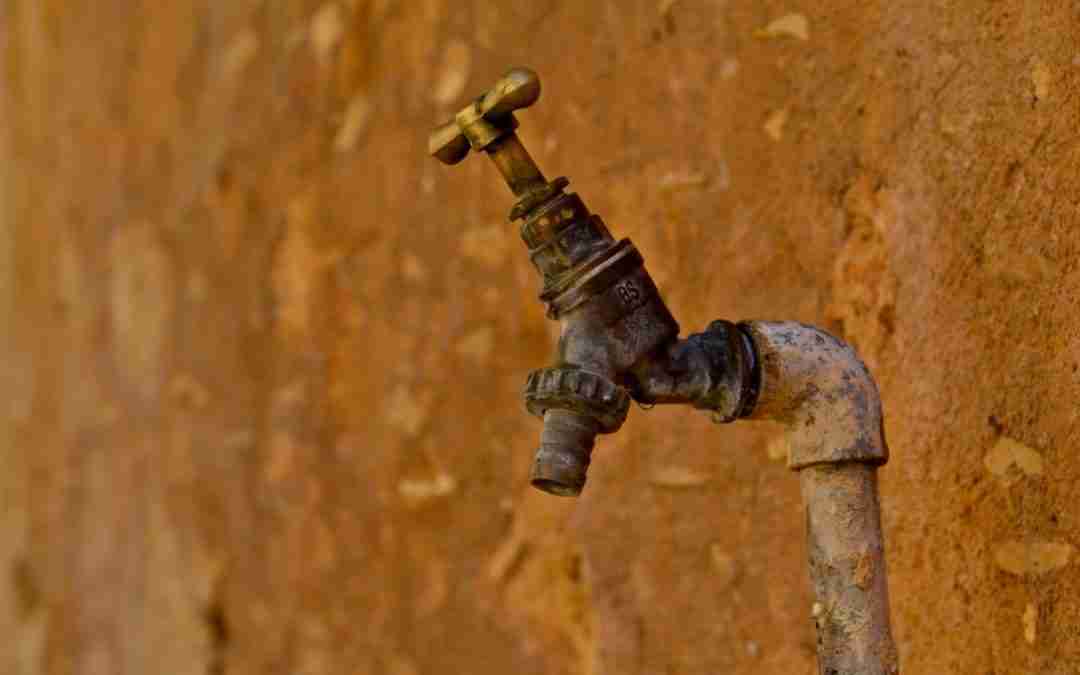 Like most other newlyweds, Nicky and I rented our first year of marriage.  We had a great apartment.  It was a house that was divided up for different ways and I think we had the best!  We had the full basement of the entire place which was super awesome!  And like most newlyweds, we faced all sorts of pressures of life.

When we first moved in and began cleaning, the water pressure was not the best.  In fact it was almost non-existent.  After a couple calls to the owner, the issue was resolved.  I still to this day do not know what was done to fix it.  All I knew was that I was beyond happy (and so was my wife) that we had constant and consistent pressure again.  Without that pressure, water delivery was a source of frustration.

I remember asking all kinds of questions about why we did not have pressure when we discovered the problem.  And most of the answers I received I did not come close to understanding.  To some God gave the knack of getting that stuff, to some, well, he just didn’t.  Anyway, one of the things I do remember someone saying was that there was some sort of regulator that adjusted the amount of water pressure coming into the house.  That the regulator takes the pressure coming in (which is much higher) and lowers it to a safer level.  Too low, and you get little water.  Too much, and you get busted pipes.

The regulator, well regulates between the two!  It keeps the pressure consistent and constant.

It’s a funny word, pressure.  It can have the connotation of something stressful. And pressure can be stressful!  We all experience those times when we feel like everything is coming at us!  Paying the bills,  raising daughters, tension at our jobs, running businesses, demands of family, raising daughters…

Did I mention raising daughters???

Don’t want to miss that one…Anyway…

Pressure is a reality of our lives. We all face the pressures of life.  If it is a reality, then how we regulate it also becomes a reality, actually a necessity!

One of my favorite Bible stories from my childhood is the story of Joseph.  Joseph was the son of Jacob.  And not only was he the son, but he was the favorite son.  This didn’t make his brothers happy.  To further exasperate the situation,  God had given Joseph the knack of dream interpretation.  And when Joe had dreams of his family bowing down to him, well, that sent them over the edge.  His brothers, through a series of events, sold him to some slave traders which eventually landed Joe in a great place in Egypt. Only too bad for him that while he was in this great place, he was accused of something he didn’t do and landed in jail.

In jail he had the opportunity to interpret more dreams.  One of those dreams had a favorable interpretation.  He was the cupbearer to Pharaoh. Joseph asked that the cupbearer to remember him and mention him to Pharaoh, the king of Egypt, when he was restored to his position as, well, the cupbearer.  This didn’t happen.  The cupbearer forgot about ole Joe and Joe spent two more years in jail for something he didn’t do.

That’s the short version.  This brings us to what I really want to focus in on!  Pharaoh has a bad dream.  Actually two of them!  These aren’t just bad dreams where he went to school in his underwear because he forgot to get dressed.

Please tell me I am not the only one that has had that dream!

These are dreams that will become a reality.   But all Pharaoh knows is that he is disturbed by these dreams!

Now in the morning his spirit was troubled, so he sent and called for all the magicians of Egypt, and all its wise men. And Pharaoh told them his dreams, but there was no one who could interpret them to Pharaoh.  Genesis 41:8 NASB

He was pretty much frustrated.  The cupbearer who was in prison with Joseph suddenly remembers his dream and Joseph’s interpretation of that dream!  He immediately speaks up to Pharaoh!

Pharaoh is all like “Well, what are you waiting for!  Get the dude out of jail and get him here!” And that’s what happens.  Enter Joseph.

Now think about this for just a few minutes.  The Pharaoh is not likely just the most powerful man in Egypt.  At this time he was likely the most powerful man in the known world.  Congratulations, Joe!  You get to interpret his dreams!  Talk about pressure!  I don’t know about you, but if I were Joseph, I would be thinking about all the ways I could get this wrong!  Or what if the interpretation is not favorable!  What then?  Pharaoh had people killed for MUCH less than that!  Yea, that’s some pressure!

And so Joe is brought before Pharaoh.  Pharaoh asks him about interpreting dreams and Joe’s reply is just ridiculous!  Check it!

Joseph then answered Pharaoh, saying, “It is not in me; God will give Pharaoh a favorable answer.  Genesis 41:16 NASB

In other words, Joe is saying, it is apart from me this whole dream interpretation business.  It is a God thing.  God is going to give the answer.  Indeed apart from God, Joseph could not interpret the simplest of dreams.  You know, Jesus had something similar to say like this.  He told his disciples that…

I am the vine, you are the branches; he who abides in Me and I in him, he bears much fruit, for apart from Me you can do nothing.  John 15:5 NASB

Back to that thought in a moment.  All this pressure on Joseph.  A normal man would likely cave under that sort of pressure.  But Joseph knew something we need to know as well.  He knew Who regulated the pressure he was likely feeling.  He said it himself –  “It is not in me”.  In other words, the ability to handle and deal with what was in front of him was not found in him alone.  But it was found in the God he served.

It’s also found in the God we serve and have living within each of us.

And so Joesph interprets the dreams of which you can read about in Genesis 41.  The bottom line is that Joseph rises to the occasion, under great pressure, all because he operates not from him, but from God.

We all face pressures of life.  Some days they feel like they are just pushing in from all directions and we could cave at any moment.  Remember, though, that we have God that will not let us endure any more than we can handle with us relying on Him.  He is the regulator.  He will never let so much pressure into our lives that we will burst.

Conversely, He will never reduce the pressure to the point that it’s a trickle.  Sound funny?  Yea I thought so!  But think about it.  Pressures in life (and how we respond to them) are the crucible of growth for all of us.  God certainly allows those pressures so that we have opportunity to rely on Him and grow!  It is never in our own strength and we were never meant to be in our own strength!  Remember those words that Jesus spoke above?  Apart from Jesus we can do nothing.  It is when we remember, like, Joseph did, that the ability to handle life’s pressures is God’s business as we respond to Him and place our trust in Him.

How do we do that when the pressure is on?  I know that when it all feels like it’s hitting me all at once, I panic.  I don’t think straight.  I freak out.  (Ask Nicky!  She will tell you quickly!) And in that mode, I forgot that there is a God that is the regulator of the pressures I am feeling.  I begin operating out of me alone.  I failed to fill up on God because I am so full of me.

The practical here is begin cultivating that awareness of God in our lives when the pressure is not so heavy. Do the things that refresh and renew Jesus in our lives.  Fill up more on God and less on ourselves.  For me, it is spending time just talking to Him.  Going for a walk with. Him does something within Me that centers me on Him. Sometimes it is reading some Scripture or finding someone to just have a cup of coffee with and talk.  There have been times that I felt like doing none of that and I simply turned on some praise and worship music.

The point is do what it takes to renew and refill so that when the pressures of life come (and they will come) we will be well acquainted with our pressure regulator, knowing that He is trustworthy, no matter what!