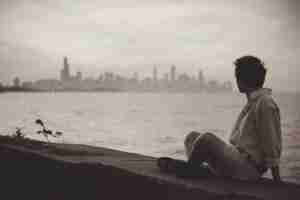 This past Sunday’s sermon centered around one of my favorite stories in the Bible, the parable of the prodigal son.  It is something that I read nearly every day and one that has special meaning to me.  It was interesting to hear our guest pastor talk about the significance of the robe, why it was the “best” one.

Somewhere between service and heading home for the day, I happened to hear someone say that they wished that he would have delved into the significance of the other items that the the father gifted the prodigal son with:  the ring and the shoes.  So, when I had a little bit of time to spare, I started to research just why these other gifts were so important.

We all know the story:  the younger son leaves home in search of wordly pleasures.  Spending his wealth, he finds himself in the middle of a country where there is a great famine.  He is resigned to taking a menial job taking care of pigs.  Hunger becomes his new best friend.

At some point, the son comes to his senses and decides to return home and ask his father’s forgiveness, willing to do anything, even become a lowly servant.

Luke 15: 22-24:  “But the father said to his servants, ‘Quick! Bring the best robe and put it on him. Put a ring on his finger and sandals on his feet. Bring the fattened calf and kill it. Let’s have a feast and celebrate. For this son of mine was dead and is alive again; he was lost and is found.’ So they began to celebrate.”

So, we know about the robe, so let’s talk about the other accessories:  the ring and the sandals.

The ring that the father gives to the returning son is a symbol of power and authority.  It was and is also a symbol of great affection.  No matter the reason that the son had left his family, the father welcomed him back with love and affection.  It also gave the son the transfer of inheritance, normally reserved for the first-born of the family.

The prodigal son returned home without shoes.  He had been reduced to the role of a slave, and in Biblical times, slaves were barefoot.  The sandals given to him by his father restored him to his role as a son.  Although the son did not consider himself worthy of these displays of love, the father certainly did.

God our Father shows us the same extravagant love.  No matter how far we’ve strayed, no matter how unworthy we may feel, once we repent, God restores our privileges as one of His sons or daughters.  We are given power and authority in the name of Jesus and we are no longer slaves to sin.

God does not move away from us.  We move away from Him.  And, just as the prodigal son left his home and returned, so do we when we tire of living a sinful unfulfilling life.  God is the Eternal Prodigal Father—waiting for His children to come home.