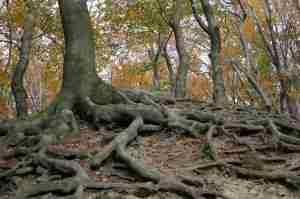 I was out the the yard today catching up on the yard work. Let me say that I have a daughter who works like a trooper to keep our four-and-a-half acres mowed consistently. The taking care of the trimming is my job and let’s just say that I can’t keep up with her.  ‘Nuff said.

Three of the places that I wanted to pay particular attention to today were the weeds growing in the driveway by the garage, the ones by the stone walls on either side of my drive, and the ones that were snaking their way up and through the stairs that lead to an apartment that is above my garage.
Once I had all three areas taken care of and was able to sit and reflect on the effort that it took to eliminate the weeds and grass from those areas, I immediately thought about the parable of the sower that Jesus taught in Matthew 13:

MATTHEW 13: 3-9 (NIV) Then he told them many things in parables, saying: “A farmer went out to sow his seed. As he was scattering the seed, some fell along the path, and the birds came and ate it up.  Some fell on rocky places, where it did not have much soil. It sprang up quickly, because the soil was shallow. Â But when the sun came up, the plants were scorched, and they withered because they had no root.  Other seed fell among thorns, which grew up and choked the plants.  Still other seed fell on good soil, where it produced a crop – a hundred, sixty or thirty times what was sown.  Whoever has ears, let them hear.”

First, let’s look at the weeds and grass that were growing in the drive. My drive is made up of pea gravel, and I’d say that it qualifies as “rocky soil”. Most of the grass and weeds were easily eliminated by simply grabbing and pulling. No root system…no depth in the soil. Now, let’s apply that spiritually: no reading the Bible, no consistent church attendance, no putting down roots in a church where the Word is taught.

The second area was the grass and weeds around my stone walls. I’ll have to say that trimming this area was slightly harder. There are not necessarily thorns in that area, but a kind of ground cover that I can pull out by the handful that simply intertwines with the grass and chokes it out, not allowing the roots of the grass a good foundation in the soil. The spiritual application is that the thorns are, of course, the cares and worries of this world, and by gosh, who doesn’t have those? We go to church, we try to trust and believe that God is for us, but those worries, like that ground cover, can overtake our minds and hearts until God’s Word itself is simply choked out.

The third area that I was working with today was that grass underneath the stairs to the apartment. I am here to tell you that there was GOOD SOIL under those stairs, as the grass and plants were growing up through and around the set of wooden stairs. I daresay it was a hundred-fold crop that might rival a tropical rainforest, if a tropical rainforest could exist under a staircase. Green, tall, lush grass and weeds! Did I mention they were tall? This area required the most attention and elbow grease as the roots were deeply set into the soil. There was just the right amount of soil and water for this area to literally blossom. The spiritual application is, of course, if the soil of our heart is good and we allow God’s Word to plant itself deeply there, it will bring forth a harvest. A harvest of what, you ask? A harvest of faith, trust, and dependence on God’s word!