The Plan of Christmas 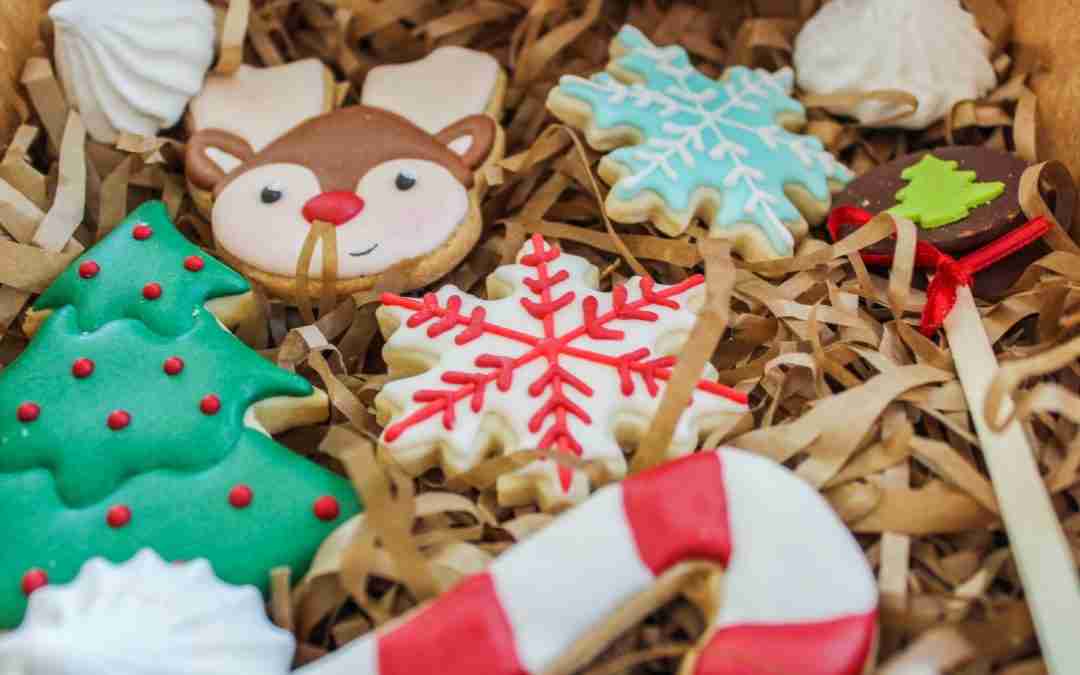 The Plan of Christmas

Let’s start with the food of Christmas

Is it just me, or does food seem to taste better at Christmastime? The dinner rolls, stuffing, ham, potatoes, and gravy all just make my mouth water, and it’s not even 10 am yet!

But the one group of foods that seems to stand out is sweets. You know what I’m talking about! It’s the dessert table, the cookies, pie, fudge, candy, cake, brownies, all with a festive twist to them. You can take an ordinary brownie, put some red and green sprinkles on it and serve it in December, and it transforms into a Christmas brownie, instantly flavored with all that Christmas goodness.

But there’s a temptation…You know…the temptation to skip over the Broccoli (or in my case the Brussels sprouts – who in their right mind would serve those at Christmas anyway?) and head straight for the dessert table! I mean, why waste the calories on the green stuff when you could use those calories on the good stuff?

Clearly, we know the reason for that – the green stuff is healthier. It’s a better calorie. And yes, even the Brussels Sprouts…as vile as they are.

There’s another temptation in life that’s similar. Only this one doesn’t involve food. This one involves God’s plan, precisely His restoration plan.

The short version is God’s plan of Christmas was and still is restoration. He wants to restore the relationship between us and continually restore within us as He shapes us.

Yet, it was God’s plan of Christmas. And because they were obedient, God began restoring people.

If you look throughout Scripture, you’ll see that restoration was always God’s plan, from Genesis to Revelation. He’s in the restoration business for life. But sometimes, we get in the way. He’s seeking to restore something within us or through us. But all we see is the dessert tray. We want to skip the stuff that’s good for us so that we can get to the end when it’s the very process of what’s in between that produces the sweet results we’re after in the first place.

Obedience leads to restoration…just maybe not how we planned

Don’t we all wish things went the way we planned? Don’t we all wish we could skip the stuff we don’t like so that we can get to the things we do like? It would be fantastic, but only at first. Like living on dessert, we’d hit a point where we realize it’s not good for us to eat like that.

And that’s why I’m thankful God doesn’t work that way. God’s plans involve the stuff in between. Stuff like enduring challenges, facing trials, and sometimes painful pruning that the Holy Spirit does. That’s the stuff in between that we need most because it produces the sweet character He so desires to see in us. And if we’re honest, it’s what we’re really after, even though we may not consciously realize it.

To get there takes us being obedient. Even when it’s not our plan.

God’s plans aren’t usually convenient, and rarely do they perfectly match our own. They often involve time spent in the valleys of life. But that’s where growth bursts forth! It’s rarely on the snow-topped mountains that you’ll find the lush, beautiful flowers and foliage. It’s in the valley between.

So while we may want to skip to the end, it’s rarely God’s plan. And as far as I can tell, His plans have worked out up to this point in history. He is trustworthy and He’s still restoring through our obedience.

Here’s the challenge for us all. Don’t be shy with God. Ask for his help! How can any of us hope for something if we never ask? Maybe you need God to restore a relationship. Or it could be something you want God to restore in you. And it could be that this is a season in the valley, where things didn’t go like you planned. Ask for his help. He will give you what you need for that day. Sometimes, it’s as simple as His presence, His face shining down on you in love. And in that love, you discover it’s enough. You discover trusting His plan is the best place to be.