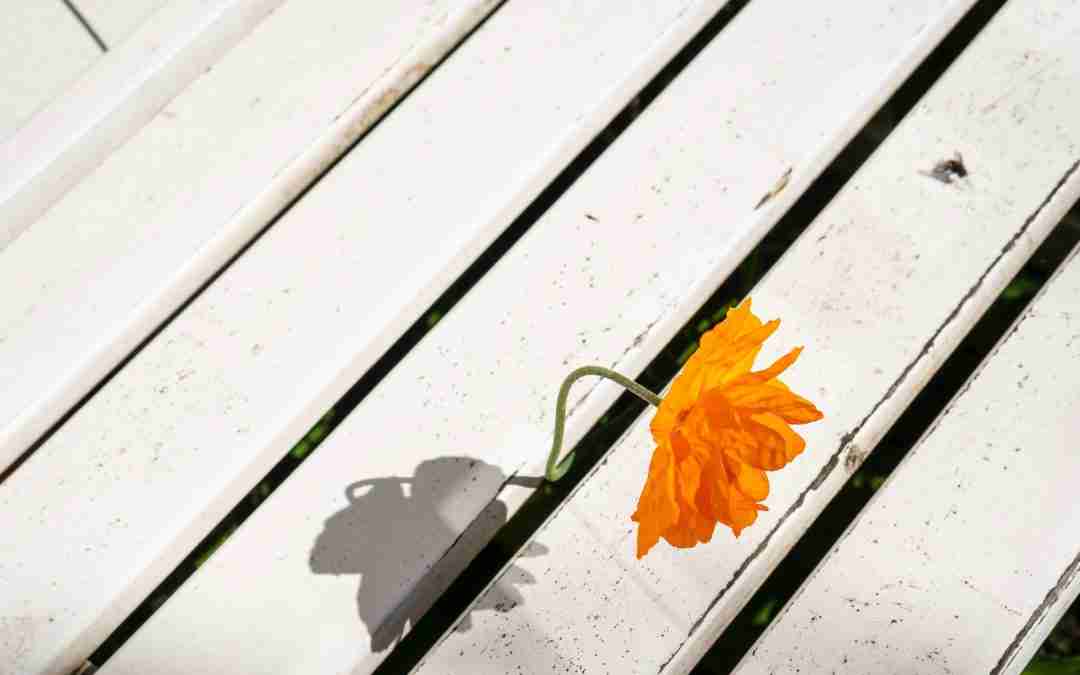 I remember my very first time teaching a small group. Never in a million years did I ever see me as a teacher. Writer, yes. Teacher, heck no! But I was, standing in front of a small group of 12 adults, older than I and likely much wiser. And I was to teach them.

There were things I expected, such as being nervous. But that morning, what I didn’t expect was my stomach refusing to let me leave the bathroom. Nerves can do that. I also didn’t expect that many adults to show up. I was asked questions about the material that I hadn’t anticipated. And at the end of the session, my phone went off in my back pocket as I was praying. Yep, forgot to put it on do not disturb. Everyone heard my lovely ringtone. I’ll spare you the details. Today I can laugh about it – but considering where my phone was and the selected ringtone, I’ll let your imagination do the rest. Let’s just say that everyone had a good laugh – while I was praying.

You likely don’t share that specific experience. However, you are very well acquainted with the unexpected. There are those things that we never planned on and didn’t anticipate. Sometimes the unexpected is excellent! Surprises such as a visit from a relative or a phone call from a friend.

Many times, though, the unexpected shows itself in more, well, not-so-fun ways. What about when the car broke down or the roof started leaking? The dishwasher leaks, or the hot water heater decides not to heat. Or there was the rush to the emergency room for a broken bone. There was the time that what you had planned financially was turned upside down by a bill that was, you guessed it, unexpected.

Bottom line – the unexpected happens. And if it’s going to happen, then considering how we respond to the tension between our plans and expectations and the unexpected is a serious matter. Questions begin to circle around, such as what do we do when the unexpected hurts, and can we somehow be prepared?

We certainly can’t be prepared for everything. That sort of hinders this whole faith thing. We aren’t left without some ways to prepare. There are some things we can do.

The Apostle Paul’s life was full of unexpected. From his conversion on the road to Damascus to being arrested, he was well versed in expecting the unexpected.

You can read about this in Acts 19:23-41, but here’s the short version. Let’s refresh – Paul’s mission was to share the Gospel of Jesus Christ – with a society that was very much tied to its man-made gods and shrines. That’s the world the city of Ephesus existed in. And that’s the city that Paul was trying to reach.

Sidebar for a little historical context regarding Ephesus. Think of Ephesus as one of that time’s most important Greek cities. Its prominence was likely unsurpassed, with it being a center for trading goods. It was super accessible, being a seaport city.

Ok, back to the man-made shrines and gods setting.

It’s in this setting a riot breaks out. Paul is preaching a gospel that tells people to turn away from these man-made gods and turn to the one true living God. The Gospel did, as it does today, challenge societal norms. And the norm of that day was to buy your gods from a silversmith. The problem is this – if you’re a silversmith making gods for a living, your living will take a beating with the Gospel on the horizon.

A riot breaks out, and the city is filled with confusion. A couple of Paul’s traveling buddies are dragged into the riot. Paul immediately wants to enter this assembly, but he listens to the disciples and stays out. There are all kinds of yelling and chanting to their goddess of fertility (Artemis). But many have no idea what’s going on. They’re just caught up in a riot for reasons they can’t detail.

Now, let’s pause here for just a moment. Paul could leave for another region that would be more accepting. I mean, Paul could take this unexpected riot as a sign that he’s to move on. Maybe to a less hostile region. He could decide to go elsewhere to those that would listen better. But Paul holds here, instead recognizing God amidst the unexpected. God’s activity was right there in it. Think of it like an invitation from God. More on that in a moment.

As I said, many in the riot didn’t know why they were rioting, as noted by the town clerk, who got up to speak to them all. This clerk talks some sense into the rioters and advises them to not do anything rash, that if they want to take up charges, a court of law is the appropriate place for that. Not a riot. After saying all that, the town clerk dismisses the assembly.

And Paul’s response to God’s invitation resulted in Ephesus becoming a leading city for the Gospel.

How did Paul do it…and how do we respond?

If we continue with the idea that the unexpected is an invitation from God to look beyond what’s going on to discover what God is doing, then knowing how to respond is essential.

I think an analogy would be good here.

For the unexpected events in life that cost money, how do we prepare for them? We have an emergency fund. Dave Ramsey has a lot to say about the emergency fund. It can be $1000 or enough for 3 months without income. Bottom line is money is reserved, saved, set aside for the unexpected expense. Regular deposits are made into an account. It doesn’t happen overnight. Those reserves are built up over time. That way, when the car breaks down or the hot water heater goes to be with Jesus, the response isn’t panic, riot, or confusion…The response is what?

You go to your reserves, and you take care of what needs taken care of. You’ve prepared for that.

Now, as said previously, we can’t be prepared for everything. And that’s not what this is about. We can’t say we live the life of faith if we’re never expected to use faith. And that means not knowing what the future holds. But we can create reserves.

I keep a close eye on our financial reserves. I don’t want to run the bank account too low. Or into the red. I’m no financial wiz, but I know that’s not sound financial management.

Here’s the thing… it’s also not good personal care management. Think about it, we often run ourselves personally into the red – our personal reserves. How can you know when you’ve done this? Practice discernment. Take a look at these questions. Your answers will determine if you’re running low on making deposits into yourself.

The more yeses you have, the more deposits you need to make. It seems to me we easily understand the value of having reserves financially. Yet, we neglect to create personal reserves – spiritually, emotionally, and physically.

Paul did it. Jesus did it. All God’s kids should do it.

One view of Paul’s timeline has him away for 14 years, spending time in the Scriptures and with Jesus, preparing him for, well, riots in Ephesus. But Paul also spent time regularly making the necessary deposits so that he didn’t respond out of irritation or discouragement when the riot happened. He responded out of invitation – What’s God doing here?

I’m sure it wasn’t always easy for Paul. But he does set a good example.

Paul, when writing to the churches in Corinth, states,

Do you not know that your body is the temple (the very sanctuary) of the Holy Spirit Who lives within you, Whom you have received (as a Gift) from God? You are not your own; you were bought with a price (purchased with a preciousness and paid for, made His own). So then, honor God and bring glory to Him in your body. 1 Corinthians 6:19-20 AMP

Deposits are essential. They aren’t negotiable. What do they look like? Well, time spent caring for your spiritual well-being involves being in the Bible regularly, personal devotion and prayer regularly, and simply sitting and listening for the Holy Spirit to speak…regularly.

Do you see a pattern? Regular deposits.

What about the physical? Walking is a great way to clear the mind and still yourself within to hear the Holy Spirit. You can pray and walk at the same time. It is possible!

And the emotional? You need community. You were never made to exist as an island but as part of a body. Community provides the relationships necessary for regulating deposits into the emotional.

Invitations typically have one thing in common – they are inviting to something good – a birthday party, reception, wedding, some celebration.

What if we’d start seeing the unexpected as invitations for something good? Yes, I am fully aware that much heavier unexpected things happen in life. I’m in no way reducing them. But I am saying that when we’ve made the regular deposits, we are enabled, through the Holy Spirit, to see God’s activity at the moment. God is good. What is unexpected may not seem good at the time, but it doesn’t remove God’s goodness for you through the unexpected. That’s the invite right there! To seek not why something is happening but what God will do through it.

And that takes making deposits – regular ones.

What if you started making those necessary deposits so that when the unexpected happened, you’d see it as less troublesome (and yes, that they are) but more of an invitation from God? Wouldn’t that change your perspective? Of course, it would! You’d answer those discerning questions more frequently with “Nos” instead of “Yeses”!

And maybe that’s the challenge – to start looking at where you need to make deposits to turn some of those “Yeses” into “Nos.”

Back to the small group I was teaching…I finished my prayer, even with my “ringtone” going off. I left the room mortified, ready to quit, and never do anything like that again. But I had someone say something to me that has still stuck with me.

“It may seem bad in this moment, but there’s an invitation in the moment from God addressed to you. Question is, what are you gonna do with it?”

I’m not perfect. And I’ve gotten wrong more times than I’ve gotten it right. But I’ve tried to take God’s invitations and respond well to them. And I’m still teaching – it’s one of the greatest joys I have in life! And it happened because I opened the invitation.

And I’ve continued opening them ever since. I encourage you to do the same!