We can trust God to redeem what seems unredeemable 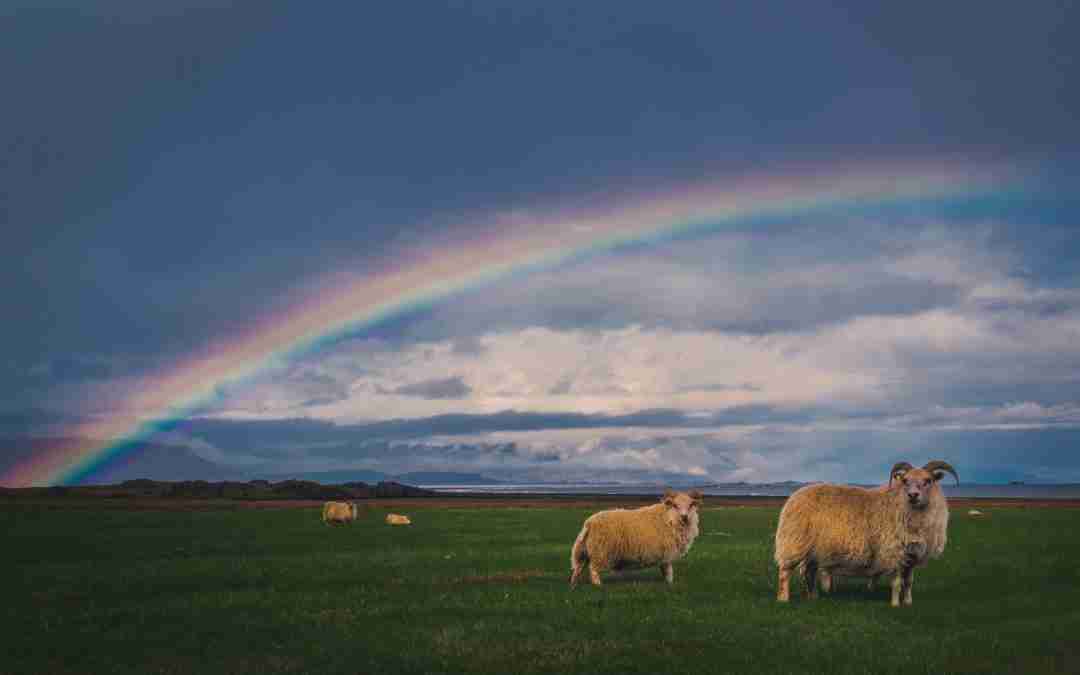 I can look back at some really amazing moments in 2020. Memories that would not have happened outside of 2020. Moments redeemed by God. Yes, 2020 was NOT what I planned. Yes, we had to cancel plans. But it’s not a loss, if we trust God to redeem something that seems so unredeemable.

I’ll return here in a moment. For now, I have one more Christmas illustration before we sign off December (today’s the 31st).

When Jesus was born, there were shepherds out in the fields watching their flocks. (Luke 2). Shepherding was not the most sought after profession. They worked long hours, had to face the chilly nights and the hot days, fight off other predators, and basically live with sheep.

Yet, God chooses these unexpected shepherds to announce the news of His birth to.

Luke 2:8-9 That night there were shepherds staying in the fields nearby, guarding their flocks of sheep. Suddenly, an angel of the Lord appeared among them, and the radiance of the Lord’s glory surrounded them. They were terrified,

I think terrified is an understatement. These guys probably freaked out. I mean, think about it! You’re out in the middle of the night, watching the sheep, probably dozing off a time or two and Bam! An angel appears. And every time an angel appears in the Bible, it scares the recipients of said angel. So, there’s something definitely intimidating about an angel.

I would have wet myself. Anyway.

Luke 2:10-11 but the angel reassured them. “Don’t be afraid!” he said. “I bring you good news that will bring great joy to all people. The Savior—yes, the Messiah, the Lord—has been born today in Bethlehem, the city of David!

Pause here just for a moment. These guys, while shepherds, were still probably versed enough in the prophecy of a Messiah. So, that would have recognized this as THE moment! Never would they have imagined it would happen like it did. (Sounds like 2020).

Luke 2:12-13 And you will recognize him by this sign: You will find a baby wrapped snugly in strips of cloth, lying in a manger. Suddenly, the angel was joined by a vast host of others—the armies of heaven—praising God and saying,

God doesn’t just send one angel, he sends His army of angels.

Luke 2:14-15 Glory to God in highest heaven, and peace on earth to those with whom God is pleased. When the angels had returned to heaven, the shepherds said to each other, “Let’s go to Bethlehem! Let’s see this thing that has happened, which the Lord has told us about.

Now here is where I want to spring off. It’s verse 15. And it’s not what verse 15 says. It’s what it doesn’t say. The shepherds quickly talk it over (I’m sure it didn’t take too long) and decide to go to Bethlehem.

What about the sheep?

They didn’t take them with them, obviously. They would have never made it. So, they left the sheep in the fields. What I’m wondering is who is protecting the sheep? Who’s watching them? Who’s gonna fight off whatever comes?

Apparently, that was not a concern of the shepherds. Their primary concern was Jesus. Ah, and there it is.

The shepherds didn’t shirk their responsibilities. They just knew that they needed to be with Jesus. They understood little at all. Not because they were shepherds, but because this was all new, uncharted territory. An angel visit followed by an army of angels doesn’t happen too often. Nor does the birth of the Messiah. It bewildered them. But one thing they were sure on — they had to be with Jesus.

To do so, they had to trust that God would take care of their sheep while away. And I don’t know how long they were apart from their sheep. But I know this. After raising three toddler girls, taking your eyes off them for just 3 seconds is PLENTY of time for them to get into something or get hurt. So, I would imagine that the shepherds’ first thought would have been for the sheep. But in that moment, they trusted God and went to be with Jesus.

How do we do that?

The shepherds trusted God to leave their cares in His care and be with Jesus. And you and I can do the same with 2020. We can trust God to redeem 2020 — to use it for good. But it all starts with leaving our cares with Him to be with Him. To be with Jesus.

One last note. It’s one of my favorite verses.

And we know that God causes everything to work together for the good of those who love God and are called according to his purpose for them. Romans 8:28

It can be incredibly difficult, heck almost impossible, to see the good when we are in the middle of the not so good. But our hope is in the redemptive power found in the name of Jesus. God rarely changes the not so good in our lives. Rather, He uses them. He redeems them. Our response is to trust Him to do His part.

Our part? Simply continue to experience His love for that is where our trust grows.