What do you do when the gift you open isn’t what you expected? 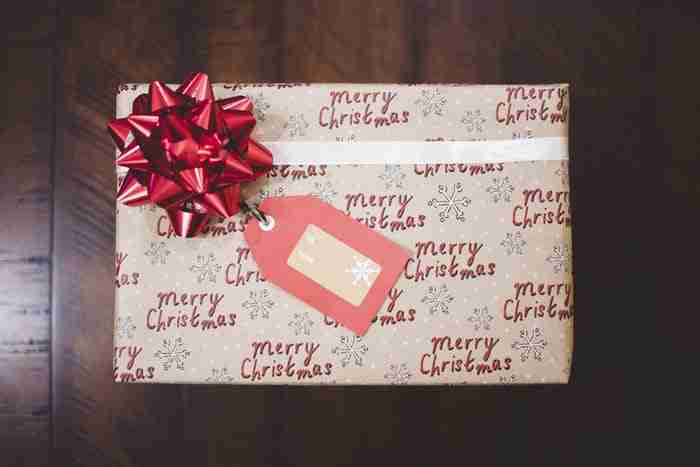 We’ve all had something we’ve wanted for Christmas.

Whether as kids or adults, it’s universal. What else is universal is the longer we were in hopeful anticipation for said gift, the more excited we got. Think back. You, like me, examined the presents wrapped under the tree and picked which one had the right shape, weight, smell, and shake pattern that could match the desired gift.

Now imagine that you just opened up that gift and it’s not what you expected at all! It’s a sweater. Not just any sweater, it’s an ugly Christmas sweater. Not even close to what you were expecting!

Now none of us was scarred for life from a gift like that. It wasn’t the end of the world because it didn’t turn out like you or I expected.

But what about life? What happens when life takes an unexpected turn. What we thought would happen doesn’t and what we never thought could happen, does.

I’m reminded of what Mary might have experienced after hearing from the angel Gabriel that she would be the mother of the Messiah.

I mean, can you imagine? Here she is, a typical teenage girl, engaged to be married. She’s likely thought about how her life was going to be. Get married, have kids, settle down. Be a typical Jewish family.

Can you imagine the shock to the way she saw her world? Luke has an excellent description of the Christmas story. But I’m not convinced that it would fit into his narrative to include what Mary went through. Odds are, he didn’t even know. But you’ve got to think that Mary struggled a little with all this. How would she ever explain to Joseph? This was not at all what they had planned.

Things were not turning out like she expected. Her plans were quickly running through her fingers as she had to say…

May it be done to me according to your word. And the angel departed from her. Luke 1:38 NASB 2020

That blows me away. It should blow you away too! Her life was about to take a turn she could’ve never expected. I mean, being the mother of the Son of God. That’s heavy! Yet that’s her response.

What I find incredible about her story is what she does next. She visits Elizabeth (a relative) who is also miraculously pregnant with John the Baptist. When the two meet in Elizabeth’s doorway, Mary bursts into a song of praise and worship!

I don’t think there was a band or choir, but she didn’t need one! She was full of joy. But why? I mean, things weren’t going the way she expected. In fact, there was likely to be hardship, scorn, and rebuke. Not to mention trying to convince Joseph to believe her.

She had joy despite the unexpected. And we have access to that same joy. It’s discovered in a basic, but profound truth that we teach kids each week, but as adults, we miss. Ok, I won’t include you. As an adult, I miss it!

She trusted God, no matter what.

Her joy didn’t flow from being the mother of Jesus — although I’m certain that contributed to it. Her joy flowed from something deeper. She believed deep down God had her and wouldn’t let her go on this ride. Her job was not to make it all work out. Her job was to let God do his job. Her job was to trust that God would do his part. And while he was doing his part, he would never let her go.

And there was the source of her joy.

And there is the source of our joy.

I’m so guilty of NOT applying this in my life. It’s one thing to know that God’s got this. But it’s entirely different to believe it. That takes appropriating it, applying it, and acting and behaving in a way that shows it.

None of us hopes for tragedy or drastic changes in life that alter our expected future. But what if the unexpected is exactly what we needed?

What does it look like to have that kind of trust in God?

I think it looks like going to Jesus, empty, feeling inadequate, overwhelmed, and heavy, and just throwing myself at his feet in a childlike trust that realizes how limited I am and how limitless he is. I think a real joy like Mary experienced flows from an understanding that we are not alone on this ride. Real joy flows when we trust God and not just say it, but believe we have the power to do so through the Holy Spirit to live it.

It’s what I’m going to do. And it’s what I want to do better.