Who do you listen to? 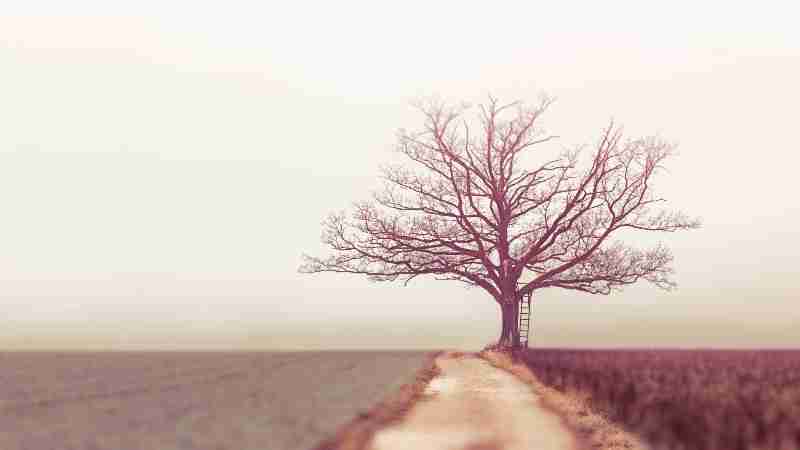 I (Randy) admit I’ve not always listened to wise counsel. Oh, I’ve sought it out, heard it, but rejected it. If I’m honest, when I was seeking out wisdom, I’d already made my mind up on the direction I was going when I asked my elders. Seeking wise counsel from them was more of an “It’s the right thing to do.” I never took it seriously. The short version? I was proud. And pride never ends well.

To become wise, we have to hang out with people who are wiser than us. Typically it’s those who are more “experienced” (meaning older than us). I can gain knowledge by reading and researching. But wisdom flows from experiences. The “don’t make the same mistakes I did” sort of wisdom. It’s wisdom that’s witnessed things go good and not good.

Fortunately, God has been patient with me. And He’s brought me back to the same spot and offered opportunities for me to respond differently. And I have. It’s so much better to soften the heart and respond obediently. That’s wisdom. And it came from experience.

There’s a king in Scripture who needed that experience. He had it at his fingertips but failed to respond to it. Instead, he rejected it, never considering it, and went with the advice of those his age. Now, I’m not saying we don’t ever ask a friend who’s the same age for advice. That’s super important. Equally important is seeking advice from someone “more experienced” and NOT rejecting it straightaway.

But in this case, wisdom doesn’t shine through.

Let’s set the scene. Solomon has died. Rehoboam heads to Shechem to be made king. Enter Jeroboam. We need to know a little about this guy before we continue. Jeroboam knew Solomon well. He’d served as Solomon’s head of labor during his reign. That is until Solomon tried to kill him because of a prophecy that stated God would tear the kingdom from Solomon’s hand (see 1 Kings 11). Jeroboam fled to Egypt until Solomon’s death – which is why we see him enter the scene at this point.

Fully aware of the heavy labor Solomon put the people under, Jeroboam seeks to have that load lightened. This might of also included taxes. Jeroboam shows up to ask this of Rehoboam.

Your father made our yoke hard; but now, lighten the hard labor imposed by your father and his heavy yoke which he put on us, and we will serve you. 2 Chronicles 10:4 NASB

The practice of a request like this was common in those days when a new administration came into power. And it was typically in the new administration’s best interest to consider the requests. At first, it seems Rehoboam gives hints of wisdom. He doesn’t respond immediately but asks for three days. That’s wise. It gives him time to consider what’s been requested and time to consult others on what to do.

And that’s what he does. First, he approaches the elders who’d served his father, Solomon. Now, these guys accrued wisdom. Not only were they “experienced,” but they gained their experience under Solomon! They experienced Solomon’s most significant successes and his greatest failures. Here’s what they tell Rehoboam.

They spoke to him, saying, “If you are kind to this people and please them and speak pleasant words to them, then they will be your servants always. 2 Chronicles 10:7 NASB

The next verse shows Rehoboam’s cards.

But he ignored the advice of the elders which they had given him, and consulted with the young men who had grown up with him and served him. 2 Chronicles 10:8 NASB

Other translations use the word rejected. Bottom line, Rehoboam had little to no intentions of heeding what they would say. Maybe this was prideful rebellion, trying to distance himself from the shadow of his father, Solomon. Whatever the reason, he goes to his buddies, who probably want to make a name for themselves like him. Their advice is pretty much the exact opposite.

The young men who had grown up with him spoke to him, saying, “This is what you should say to the people who spoke to you, saying: ‘Your father made our yoke heavy, but you make it lighter for us!’ You should speak this way to them: ‘My little finger is thicker than my father’s waist! ‘Now then, my father loaded you with a heavy yoke, yet I will add to your yoke. My father disciplined you with whips, but I will discipline you with scorpions!’ 2 Chronicles 10:10–11 NASB)

Yep, that’s not great advice. And yet that’s the counsel Rehoboam heeds. And it doesn’t work out well for anyone. Both Jeroboam and Rehoboam end up fueling the divide of the people. Idolatry is invited in as both embrace other gods and Canaanite religious rituals detestable to God and lead the people further away from God.

What can we glean from this? It’s simple. When we face decisions and circumstances that leave us perplexed, the best starting place, other than God, is the counsel of someone we trust who is “experienced.” It’s a person that will tell you the hard thing, who’s not afraid to say what you don’t want to hear because they love you that much. Each of us needs a few of those in our lives. And we need to be that for someone else.

Wisdom is a lifelong endeavor requiring us to spend time with those who are wiser than us. They won’t think like us. They won’t always agree with us. They might even say the hard thing we don’t want to hear. But we need them. And we must heed their counsel.

So my challenge for today is simple. If you have someone like that in your life, thank them and thank God for them. You are blessed. If you don’t have someone in your life like this, find them by asking God to reveal them to you. He will be faithful to the honorable request of wisdom. He wants to give that to you.

But the cost is so worth it!